Felicity Huffman and William H. Macy remain close after she agreed to plead guilty to a charge against her in the college admissions scandal.

Huffman and Macy, famously among Hollywood’s most loving couples, are united during this tough time for the pair, a source tells PEOPLE.

The two were photographed arriving together at a Los Angeles courthouse in March after Huffman, 56, was released from jail on a $250,000 bond.

Macy, 69, often spoke glowingly of his wife before she was charged for working on an alleged scheme to get their oldest daughter into college.

In a January interview with Willie Geist on Sunday Today, the actor called their marriage a “fairytale.”

“Our marriage is a fairytale marriage,” he said. “I loved her the second I saw her.”

The two dated on-and-off for 15 years before finally tying the knot in 1997. They share daughters Sofia Grace, 18, and Georgia Grace, 16.

William H. Macy Spoke Out Against Lying Before Wife’s Bribery Scandal: ‘Lies Cost You a Lot’

He once again gushed about his wife at the 2019 Emmys Awards when he had a sweet answer to what keeps their marriage going after over two decades together.

“Marry her, it’s a piece of cake!” the actor quickly shared, earning a sweet kiss from Huffman.

The actress and 13 other defendants agreed to plead guilty in the high-profile college admissions cheating scandal on Monday.

In a statement obtained by PEOPLE, the actress apologized for her part in the college admissions scandal.

“I am pleading guilty to the charge brought against me by the United States Attorney’s Office,” she wrote. “I am in full acceptance of my guilt, and with deep regret and shame over what I have done, I accept full responsibility for my actions and will accept the consequences that stem from those actions.”

“I am ashamed of the pain I have caused my daughter, my family, my friends, my colleagues and the educational community,” she continued. “I want to apologize to them and, especially, I want to apologize to the students who work hard every day to get into college, and to their parents who make tremendous sacrifices to support their children and do so honestly.”

She added, “My daughter knew absolutely nothing about my actions, and in my misguided and profoundly wrong way, I have betrayed her. This transgression toward her and the public I will carry for the rest of my life. My desire to help my daughter is no excuse to break the law or engage in dishonesty.”

The plea came five days after Huffman appeared alongside other wealthy parents — including Lori Loughlin — in U.S. District Court in Boston for the first time since they were accused, in March, of allegedly taking part in a $25 million scheme to get their children into top colleges.

During their preliminary hearings, they were read the federal felony charges they face after their arrests in March: conspiracy to commit mail fraud and honest services mail fraud.

On March 12, the U.S. Attorney’s Office in Massachusetts announced that it had charged 50 people, including Huffman and Loughlin, in the cheating scandal. The two actresses, along with coaches, admissions counselors, parents, and Laughlin’s husband, fashion designer J. Mossimo Giannulli, were indicted on charges of falsifying SAT scores and lying about their athletic skills, among other alleged crimes. 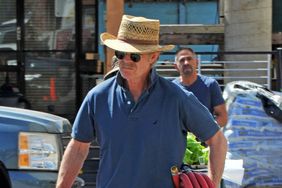 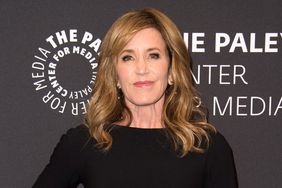 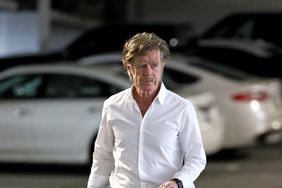 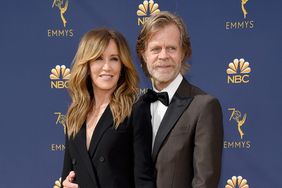 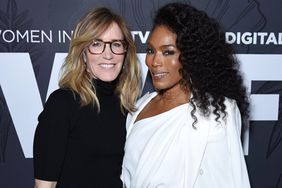 Angela Bassett Is 'Very Proud' of Costar Felicity Huffman's Guilty Plea: It's 'What a Woman Does'