The life and legend of the iconic astrologer Walter Mercado is highlighted in the new Netflix documentary Mucho, Mucho Amor, streaming now

In a new exclusive clip from the Netflix documentary Mucho, Mucho, Amor, Mercado, a renowned astrologer and TV personality, reflected on whether he'd consider himself "semi-retired."

"No never! I will never retire," Mercado told the filmmakers in the clip. "I’m going to die with my boots on. What are you saying, retire?"

He continued, "I will never tire. I’m full of energy. I’m 20 years old and I began a new journey in the life of a hero."

"Life is so short," he added. "I am Walter, a body, but more important than the body is my spirit."

Mercado died in his native Puerto Rico on Nov. 2, 2019 at the age of 87 from kidney failure. The astrologer was an icon to Latino and Hispanic audiences who would tune in to watch his nightly astrology segments.

Known for ending his broadcast with his iconic line, "Sobre todo mucho, mucho, amor," translated to, "Above all, lots and lots of love," Mercado kept his personal life private.

Perceived as an androgynous figure, Mercado never discussed his sexuality before his death, although he became an icon in the Latinx gay community as he challenged the conservative TV culture in Latin America.

Finding his psychic calling as a child, Mercado previously told PEOPLE en Español that he "would get home from school, sit in a small chair and people would come to meet me. They touched me and kissed my hand. Like I was a pope, and I was a little boy!" 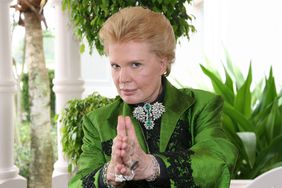 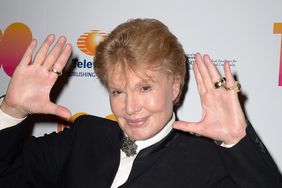