Ewan McGregor and his estranged wife Eve Mavrakis came together to celebrate their oldest child.

The former couple supported their 22-year-old daughter Clara at her college graduation on May 18 in New York City. The new grad snapped a happy selfie with her two parents just months after McGregor officially filed for divorce from Mavrakis after 22 years of marriage.

“That’s a wrap. Thank you to my wonderful parents for giving me the gift of a full education,” Clara wrote on Instagram. “I feel truly grateful for this experience. AND that’s the last time I’m ever wearing bright purple. Peace out Bobcats.”

The aspiring actress and NYU grad recently joined her dad at the Tribeca Film Festival premiere of his latest film, Zoe.

McGregor, 47, has been publicly dating his Fargo costar Mary Elizabeth Winstead, 33, since last November. McGregor and Mavrakis split last October, and at the time a family source revealed to PEOPLE that the couple had been separated since May 2017. The announcement came amid news that McGregor was spotted kissing Winstead.

McGregor officially filed for divorce on Jan. 19, citing irreconcilable differences as the reason for their split. The actor asked for joint custody of their four children: Clara, 21, Jamyan, 16, Esther, 15 and Anouk, 6. Mavrakis filed her response at the same time, stating that she is asking for sole custody with visitation for her ex, according to court documents obtained by TMZ.

“It’s disappointing and upsetting but my main concern is our four children are okay,” she told The Sun about the divorce.

The Golden Globe winner took his romance with the actress public in November when he and Winstead were photographed walking hand in hand in Los Angeles. They have since been spotted out multiple times and McGregor was last seen supporting Winstead at the premiere of her movie All About Nina in New York. 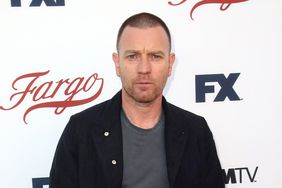 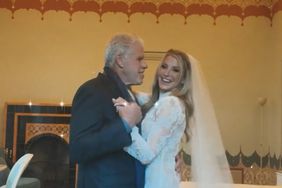 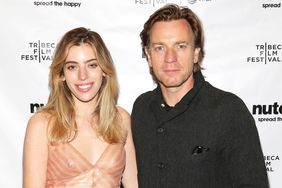 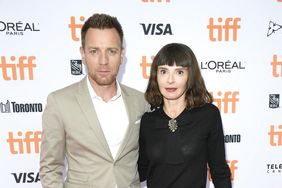