Ethan Hawke Remembers Working with River Phoenix and Philip Seymour Hoffman: 'It's Been a Hard Loss'

Hawke and Phoenix famously costarred in the 1985 film Explorers, and as two young actors they often found themselves going after the same movie roles. After losing a part in Stand by Me to Phoenix, Hawke struggled to get his footing in Hollywood while Phoenix went on to earn an Oscar nomination for 1988’s Running on Empty.

The actor admits he was “so jealous” of Phoenix’s rising fame.

“It was really hurting my life,” Hawke, 45, said of the jealousy while speaking at the Austin Film Society on Thursday night during an onstage conversation with his Boyhood director, Richard Linklater.

“Stand by Me came out and it was this runaway hit,” he added. “That summer, the song was everywhere, I could not get away from it, and River’s calling me up and telling me he lost his virginity, and I still was a virgin. It was a nightmare for me.”

But when Phoenix tragically died of a drug overdose in 1993, Hawke said he quickly realized how trivial his jealously was and regretted letting it get in the way of their friendship.

“In his death, all I did was feel the vacuum. It’s not like more parts came my way,” he explained. “It was nothing but loss. And I learned really sharply what a waste of time that kind of competitiveness with your peers is, that I really missed him.”

Before taking the stage at the Marchesa Hall and Theater for the intimate conversation about his life and work, Hawke sat down with PEOPLE, during which he also reflected on working with the late Philip Seymour Hoffman.

“He was ferociously dedicated to the pursuit of truth in acting,” Hawke said. “He was a pillar of my community.”

The two worked together in Before the Devil Knows You’re Dead in 2007. During their time on set, Hawke said he was impressed by Hoffman’s dedication to his craft, and that he should serve as an inspiration to all actors.

“If you were aspiring to be a serious New York theater actor, he was a very serious and important member of our community,” he said. “It’s been a hard loss.” 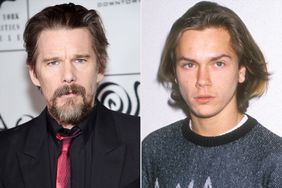 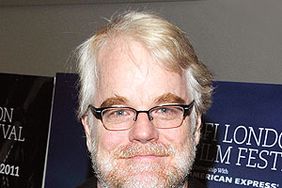 Priest at Philip Seymour Hoffman's Funeral: 'I Learned About Humility from Him' 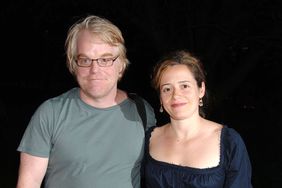 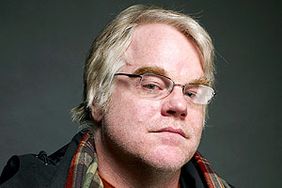