Ernie Lively, an actor who worked for five decades in Hollywood and the father of actress Blake Lively, has died. He was 74.

The star, who was born on Jan. 29, 1947, died of cardiac complications in Los Angeles last Thursday, his rep confirms to PEOPLE.

With a career dating back to 1975's The Waltons, Ernie was an everyman actor known for appearances on a number of television shows, including Ernie's parts on The Dukes of Hazzard, Turner & Hooch, Falcon Crest, Malibu Shores, The X-Files, The West Wing, That '70s Show, and Murder, She Wrote followed over the years.

On the big screen, his credits included turns in Mulholland Falls, The Beverly Hillbillies, Passenger 57, The Man in the Moon, Showdown in Little Tokyo, Air America and Shocker.

He also famously played Blake's father in The Sisterhood of the Traveling Pants and its sequel.

Blake was one of five children Ernie shared with his wife of 42 years, Elaine Lively. Their four other kids — Eric Lively, Robyn Lively, Lori Lively, and Jason Lively — all built acting careers for themselves as well.

Before launching his lengthy acting career, Ernie was an English professor and a captain in the U.S. Marine Corp, having served in the Vietnam War, according to The Hollywood Reporter.

After realizing his heart was only partially functioning, Ernie connected with Dr. Amit Patel, a professor at the University of Utah School of Medicine's Division of Cardiothoracic Surgery, and became the first known patient to undergo retrograde gene therapy for the heart. The groundbreaking procedure included injecting his own stem cells into his heart to repair damaged muscle and arteries.

"I woke up the other morning and told my wife, 'I haven't felt this good in years,'" Ernie told PEOPLE after the procedure. "I moved to Utah because of the snow, but I haven't been able to ski. I literally didn't have the heart to do it. Now, I'm excited about living the rest of my life instead of sitting around. Dr. Patel saved my life."

In addition to his wife Elaine and their children, Ernie is survived by nine grandchildren, his sister Judith, and three of his children's spouses. 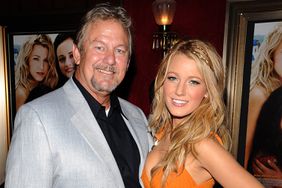 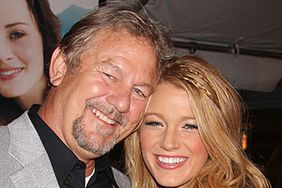