Tyler Perry is being honored for his achievements and the opportunities he has created for people of color in the entertainment industry.

The entertainment mogul, who recently cemented his billionaire status according to Forbes, is renowned for giving back to his community and to those in need around the country. Sunday’s 93rd annual Academy Awards honored the self-made actor/writer/director/producer with the 2021 Jean Hersholt Humanitarian Award.

Since launching his foundation in 2006 and opening his first eponymous studio in Atlanta in 2008, Perry has worked tirelessly to give back and create equal opportunities for BIPOC, both on and offscreen. Below, a brief look at Perry’s philanthropic efforts and record-shattering career achievements over the years. He is generous with friends (in addition to hosting Prince Harry and Meghan Markle as they looked for a home in the L.A. area, Oprah counts a gesture of his as among the kindest things anyone has ever done for her) and strangers (he is known to pay off hundreds of thousands of dollars in layaway at the holidays, and has covered rent and tuition for the children of a murdered mother in Atlanta).

The Academy honored Perry, as well as the Motion Picture & Television Fund (MPTF), with the award during Sunday’s ceremony.

“Tyler’s cultural influence extends far beyond his work as a filmmaker. He has quietly and steadily focused on humanitarian and social justice causes from the beginning of his career, caring for people who are most often ignored,” the Academy said in a statement.

According to the Emmys website, the award — which will be presented during the virtual ceremony this Sunday, Sept. 20 — celebrates Perry’s “unprecedented achievements in television and his commitment to offering opportunities to marginalized communities through personal and The Perry Foundation programs of inclusion, engagement, employment and other philanthropic initiatives.”

"I'm grateful for and humbled by this recognition from the Television Academy," Perry said. "I've always prided myself on the work we do at the studio, our diverse representation of people from all walks of life, and the community we've built. My hope is that through moments like this we can remind others of the power of ownership and show that when the world doesn't offer you a seat at the table, you can build your own."

Perry, 51, expanded his studio for the fourth time last fall into what is now a 330-acre lot situated on a former Confederate Army base in Atlanta valued at $280 million, according to Forbes. The studio, which is the first major motion picture production facility to be exclusively owned by an African American, is where Perry films his TV and film projects, all of which he owns outright. The entrepreneur has created over 1,200 episodes of TV, 22 feature films and 20 plays over his career, according to the Emmys website. His beloved Madea franchise alone — 11 films over 14 years — has grossed over $670 million at the box office, Forbes estimates.

Perry has long made it a priority to address racial injustice in society, and earlier this summer wrote a powerful essay on the subject for PEOPLE following the murder of George Floyd by a police officer.

WATCH: Tyler Perry Speaks from the Heart About Racial Injustice and the World He Wants for His Son

“The level of racism and brutality that George Floyd faced is something that we as Black people know all too well. When I saw that video, I had so many raw, guttural emotions. I felt for him and his family, I felt for all of us as Black people, I felt for my five-year-old son,” he wrote. “As I watched with tears in my eyes, it brought back a flood of years of emotions from carrying what feels like the weight of racism on my neck.”

Perry continued, “I dried my eyes and put pen to paper for not only myself, not only for hope, but for morning to come for the millions of us who just want to be treated fairly, for those of us who want justice for all, and for my five-year-old son.”

Perry has supported civil rights through large-scale and individual donations, making history in 2009 with the largest-ever individual contribution — $1 million — to the National Association for the Advancement of Colored People (NAACP) in celebration of the organization's 100 year anniversary.

The big-hearted humanitarian has a history of covering the expenses for rent, funerals and college education for those in need as well, particularly in his Atlanta community. Most recently, Perry volunteered to cover funeral expenses for 8-year-old Secoriea Turner, and for Rayshard Brooks, a Black man killed by police. Perry will also cover the college education of Brooks’ four children.

In July, Perry donated 1,000 Kroger gift cards to Atlanta residents, enlisting local police officers to go door-to-door to hand them out in an effort to “bridge unity” in the community.

To ease the financial strain caused by the coronavirus (COVID-19) pandemic, Perry paid for all the groceries belonging to elderly shoppers at 44 Kroger stores in Atlanta and 29 Winn Dixie stores in his native New Orleans this April.

In addition to covering groceries, Perry has a history of spreading another essential thing: joy. In December 2018, the movie mogul covered $434,000 worth of layaways for an estimated 1,500 people at 2 Walmarts in Atlanta ahead of the holidays.

The Perry Foundation, founded in 2006, aims “to transform tragedy into triumph by seeding individual potential, supporting communities, and harvesting sustainable change,” according to its website bio.

In addition to supporting a variety of charities that focus on supporting the homeless – such as Feeding America, Covenant House Georgia, New Image Emergency Shelter and more — Perry also built Perry Place, a 20-home community in his native New Orleans for survivors of Hurricane Katrina.

Perry has often stepped up in the wake of natural disasters that displace communities, pledging $1 million via his foundation to help rebuild after the 2010 earthquakes in Haiti, and offering financial support for those affected by 2017’s Hurricane Harvey in Texas and Hurricane Maria in Puerto Rico, as well as Hurricane Dorian in 2019. 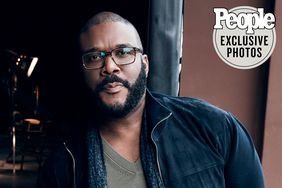 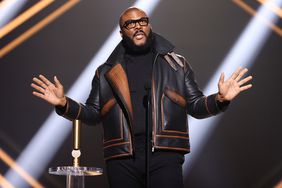 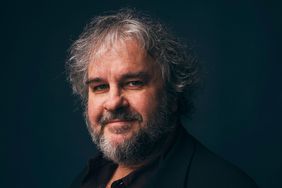