Emma Watson Is Not Retiring from Acting After Online Rumors Swirl

The actress, 30, started trending on Thursday after an online report by The Daily Mail alleged Watson had retired from acting.

Her manager, Jason Weinberg, denied the report, telling Entertainment Weekly in a statement, "Emma's social media accounts are dormant but her career isn't."

The actress's Instagram account bio currently reads, "Emma's official Instagram page is currently dormant and is not being updated," while her profile picture is a simple black icon.

In November, she made a rare public outing with her boyfriend Leo Robinton in London while grabbing coffee and walking around the city's Primrose Hill neighborhood. Their outing came over a year after the two were first spotted together in October 2019.

Robinton was first identified in April of this year and is a businessman from Los Angeles, though little else is know about him. He reportedly deleted all of his social media after photos of the two kissing surfaced last year.

The couple has rarely been seen together since, though they appear to be going strong based on the recent outing. 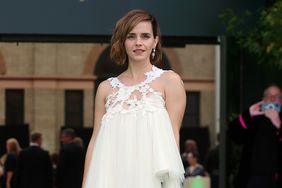 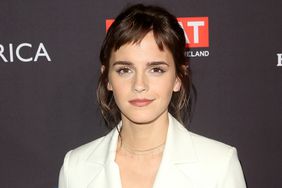