There’s a new live-action Disney princess in town — and she’s not like the rest of them.

In a new featurette released by Disney ahead of the film’s premiere, Emma Watson talks about the importance of making sure Belle gets a more modern spin in Beauty and the Beast.

“Belle really dominated and characterized a huge part of my childhood and my growing up,” Watson, 26, says in the video, later adding that they “wanted to give her this element of being quite industrious and very inventive.”

Director Bill Condon echoes his lead actress, saying that Belle is just a tad different than the other Disney princesses in that she’s not motivated by love. “She really is the first modern Disney princess who doesn’t want to be a princess,” he says. “Someone who’s more interested in figuring out who she is than finding a guy and getting married.”

Condon and Watson worked together to modernize Belle and make her more independent. In the featurette, the director credits the Harry Potter actress for the progress Belle makes. “That was so much a part of the casting of Emma Watson,” he admits. “What was then so exciting was to work together to really make sure that Belle was a 21st century heroine.”

And Watson’s motivation was a personal one. The actress admits that Belle was one of her favorite princesses as a child, making the role all the more important. “I know what she meant to me as a young girl,” she says. “When you love something that much, you really want to do it justice.”

In an interview for Vanity Fair‘s March issue, Watson opened up about getting involved in the development of Belle and how the film helped her feel like she finally transitioned from being a child actress.

“When I finished the film, it kind of felt like I had made that transition into being a woman on-screen,” she said, adding that Belle is “absolutely a Disney princess, but she’s not a passive character — she’s in charge of her own destiny.”

The actress was instrumental in giving the Disney princess a more feminist edge, insisting that certain aspects be changed so she feels more modern. “I was like, ‘The first shot of the movie cannot be Belle walking out of this quiet little town carrying a basket with a white napkin in it,’ ” said Watson. “‘We need to rev things up!’”

In the original animated film, Belle assists her father with his many inventions, but for the live-action film, Watson helped change her character so that she is an inventor herself. The character is working on a “modern washing machine that allows her to sit and read” in this version, thanks to Watson. 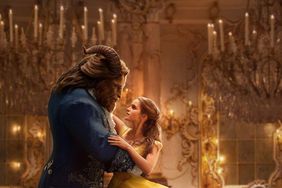 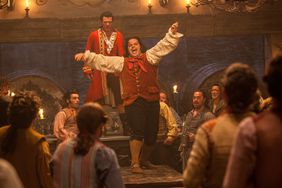 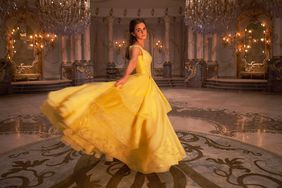