On Thursday, Emma Thompson spoke out against Harvey Weinstein — adding that he's hardly the only male in Hollywood who has abused his position of power over women.

On Thursday, the Oscar winner spoke out against the movie mogul — adding that he’s hardly the only male in Hollywood who has allegedly abused his position of power over women.

“I didn’t know about these things, but they don’t surprise me at all, and they’re endemic to the system,” Thompson, 58, said during an interview with BBC Newsnight.

“What I find sort of extraordinary is that this man is at the top of a very particular iceberg, you know he’s — I don’t think you can describe him as a ‘sex addict,’ he’s a predator,” the prolific actress continued. “But what he’s, as it were, at the top of the ladder of is a system of harassment, and belittling, and bullying, and interference, and what my mother would have referred to in the old days as ‘pestering.'”

“‘Is he pestering you?’ That’s the word we used to use in the olden days, if you recall. This has been part of our world, women’s world, since time immemorial. So what we need to start talking about is the crisis in masculinity, the crisis of extreme masculinity, which is this sort of behavior, and the fact that it is not only OK, but it also is represented by the most powerful man in the world at the moment,” Thompson added, seemingly referencing Donald Trump.

Asked whether Thompson thought there are others like Weinstein in the industry, the Love Actually actress responded, “Of course,” before specifying there are “many.”

“Maybe not to that degree,” she added, in reference to the number of claims against Weinstein. “Do they have to all be as bad as him to make it count? Does it only count if you really have done it to loads and loads and loads of woman? Or does it count if you do it to one woman once? I think the latter.”

“There are not nearly enough women, particularly in Hollywood, in positions of power. There aren’t enough women at the top of the tree in the studios who could perhaps balance everything out,” Thompson continued.

“There aren’t enough women on set. Crews can be very… with young women in particular. There just aren’t enough women actually. So this is part of our difficulty, this is part of the rebalancing. This is a gender dysfunction. And the other thing it is, is a public health issue. This is not about one man’s crimes against women. This is about our system’s imbalances, our system’s gender crisis. And we have to act on this, we have to turn this on its head. We can’t allow this to continue because what it means is naturally vulnerable people are going to continue to be preyed upon. Whether Harvey Weinstein goes to jail or not.”

“Perhaps the more of us who say this is endemic, let’s just say it’s endemic. You know, I’ve just said, I’ve been – I’ve spent my twenties trying to get old man’s tongues out of my mouth because they just thought ‘well she’s up for it.’ So I would imagine that that happens really very regularly, and so perhaps this is a moment when we can say to men and women: ‘Open your eyes and open your mouths and say something.’ ”

On Tuesday, Gwyneth Paltrow and Angelina Jolie added their own accounts of alleged mistreatment. Paltrow told the NYT that Weinstein sexually harassed her in a hotel room when she was 22. The encounter allegedly ended with Weinstein placing his hands on her and suggesting a massage. Jolie also told the outlet that she had a “bad experience” with Weinstein in a hotel room during the release of Playing by Heart in the late ’90s.

On Tuesday, multiple sources confirmed to PEOPLE that Weinstein plans to enter a residential treatment facility. 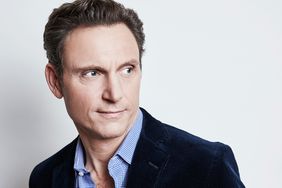 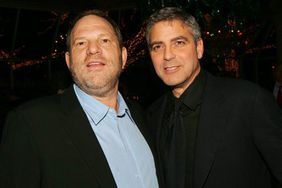 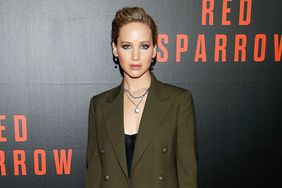 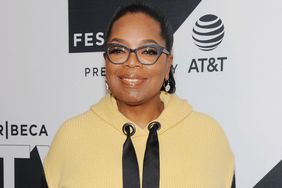