Chris Hemsworth and wife Elsa Pataky are in it for the long run.

Pataky, 41, opened up to ELLE Austrailia about her marriage to Hemsworth, 34, and how having children has changed her life.

“It’s interesting how you can be a successful woman who has been working her whole life, and then you have kids and suddenly your career isn’t as important and you don’t appreciate it as much,” she admits. “You just think, ‘What am I doing? I have been fighting all my life for this and now I don’t know if I really want it?'”

The Fate of the Furious actress said her acting career took a backseat after becoming a mother to India, 5, and twins Tristan and Sasha, 3.

“It’s unfair in a way, because I don’t think men go through that. But when you become a mom, everything that was important goes into second position. You change a lot, you mature, you see life differently and learn so many things.”

Pataky also admitted that Hemsworth’s Hollywood lifestyle has had an effect on their home life. The couple welcomed their first child, daughter India, not long after a year of marriage and the actress said having their first child as Hemsworth’s career was just starting to take off proved to be challenging.

“I think any time you start a family without knowing each other that much, it can be complicated,” she said. “He was very young to be starting a family, and at the same time he was juggling that with his career and it was sometimes difficult, there was so much going on.”

But Pataky said Hemsworth has never made her doubt his dedication to his family.

“But he was always trying to be the best dad and has never failed to make me feel like his family is the most important thing to him and [going through that] is how we’ve become so strong together.”

Hemsworth recently told GQ Australia that the secret to their seven-year marriage is making quality time together a priority.

Still, he admitted that he and Pataky have had their fair share of relationship struggles, especially when it comes to balancing their home and work life.

“My wife and I fell in love, had kids, didn’t really see each other for a few years, then fell back in love,” he said. “In terms of work, [Elsa has] certainly given up more than I have. She’d like me to step back and be at home with the kids more, and of course, I want that too. But I feel like I’m at this crucial point in my career, I’ve just got to set up for longevity or I’ll slip off.” 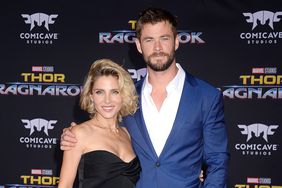 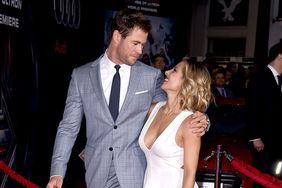 Chris Hemsworth Admits His Career Put a Strain on His Marriage: We 'Didn't Really See Each Other for a Few Years' 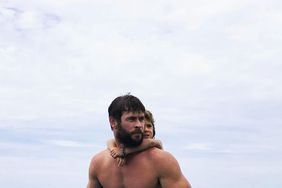