Elliott Gould and Barbra Streisand were married from 1963-71, and share a son together

Elliott Gould and Barbra Streisand were the "it" couple of the 1960s.

However, in 1971, after eight years of marriage and a son together, they decided to go their separate ways. In a new interview with CBS Sunday Morning, Gould reflected on his divorce from Streisand, explaining that they simply grew in different ways,

"Well, Barbra asked me at one point, because she’s still writing her book, she said, ‘Why did we grow apart?’ " the actor, 82, said, referring to Streisand's long-awaited memoir.

"And I said my question would be, ‘How could we have grown apart?’ And the answer to that is that we didn’t grow together and the reason for that was because she became more important than us," he continued. "Then I also said to her, 'We did great. We made it very fast and nobody has what we have. There’s you and me and our kid.' "

Streisand, 78, and Gould met while working on Broadway together. The actress was 19 at the time and was auditioning for a part in a play that Gould was leading.

"So after he last audition, they say, ‘Thank you.’ She then was very flummoxed as to being right there and not knowing what was going to happen next, and so she announced her phone number and said, ‘So would somebody call me.’ I remembered her number and I called her," Gould recalled.

Gould and the Funny Girl star welcomed their son Jason in 1966.

After their divorce, both went on to remarry. 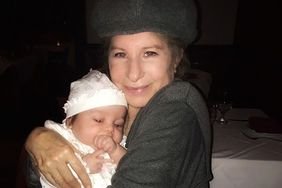 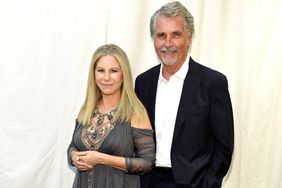