The voice of Dory doesn't know for sure, but says the possibility of a lesbian couple cameo makes for "a great conversation"

Whether a gay couple does or doesn’t appear in Finding Dory, star Ellen DeGeneres says such an inclusion is “a great thing.”

She addressed the issue after a recent trailer for the film – in which two women are briefly seen attending to a baby in a stroller – led many fans to speculate that an openly gay couple could appear in a Disney/Pixar film for the first time.

While filmmakers have offered coyly noncommittal responses, DeGeneres, 58, says she believes any kind of depiction of diversity would be welcome.

“I personally think it’s a great thing,” the comedian and talk-show host, who voices the film’s forgetful blue tang fish, said at a recent press conference for the movie in Beverly Hills. “I think everything that we see in the media – whether it’s television or film or anything you see – should represent everything that’s happening in the world. I think everybody that is in the world should be seen and represented.”

DeGeneres said that she hadn’t been told whether the couple in question are, in fact, lesbians. “I don’t know that [they are], and I didn’t know anything about it until I heard this rumor,” she revealed. “Then when I watched the premiere, I was looking for that particular scene, and it appears that there are two women.

“One woman has a very bad short haircut, which I find very offensive,” she joked. “If that’s the definition of a gay woman, then how dare you? Just because someone has a short, bad haircut doesn’t mean she’s gay. [She just has a] bad hairdresser. So I don’t know that that’s the case.

“So yes, it’s a great conversation,” she continued. “Whether they intended it to be a woman with a bad, short haircut being gay or not, I think it’s a great thing.”

Earlier in the day, the filmmakers were asked to comment and left the matter open to interpretation. “Our honest answer is maybe – we didn’t ask them,” said producer Lindsay Collins. “Honestly, we basically populate our world the way we see our world, and we don’t ask everybody’s background when we put them in our movie. So if it were a main character, I think we would know the answer to that question. It’s not. It’s part of the world we see, so maybe.”

“It’s a little bit more a reflection of the times,” added director Andrew Stanton, “because there’s a lot of shots throughout all our movies with two people of the same gender in it. So I’m like, ‘Okay. If you want to pick that one …’ But we have no problem with whatever you want it to be.”

DeGeneres, meanwhile, offered another perspective that could help boost those ticket sales: “I think if you see the movie several times – which I recommend you see it four or five times – there are some gay fish in the background that you’ll notice,” she said. “A lot of them look very gay to me, and it’s not obvious until you see it a few times.” 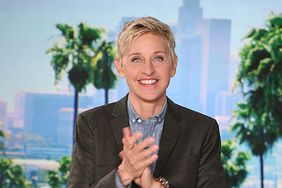 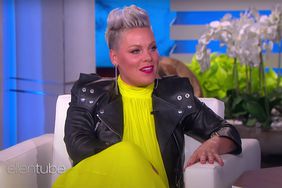