[ent-hotlink id="18540" href="https://people.com/tag/ellen-degeneres/" title="Ellen DeGeneres"] interview with Kevin Hart and support for him as Oscars host is sparking controversy — and backlash

Ellen DeGeneres interview with Kevin Hart and support for him as Oscars host is sparking controversy — and backlash.

In the interview, DeGeneres revealed not only does her fellow comedian have her full support after he stepped down in the wake of controversy over his past homophobic tweets, but she is also actively campaigning to have him host this year’s Academy Awards.

“I called [The Academy], I said, ‘Kevin’s on, I have no idea if he wants to come back and host, but what are your thoughts?’ And they were like, ‘Oh my God, we want him to host. We feel like that maybe he misunderstood or it was handled wrong or maybe we said the wrong thing but we want him to host. Whatever we can do we would be thrilled. And he should host the Oscars,’” DeGeneres host told Hart.

DeGeneres’ actions and Hart’s apology got a divided response on Twitter, with many members of the LGBTQ community voicing their disapproval, while others commended the pair.

Prominent activist Deray was among the many to disavow the interview and DeGeneres’ support.

“I expected Ellen to actually ask Kevin Hart some sort of challenging question. Anything, really,” he wrote. “But instead, it was just one long monologue from Kevin interspersed with Ellen’s approval. That interview made me miss the previous talk show hosts that asked tough questions.”

Phillip Picardi, the editor-in-chief for Out Magazine, posted a multi-tweet thread on Friday morning about what he perceives are the dangers of DeGeneres’ actions.

“This is truly a serious misstep for you Ellen. He might be your friend and maybe that’s clouding your judgement a bit. He’s not sorry and hasn’t apologised. Even here,” Declan Cashin, a British journalist, replied to her tweet promoting the interview.

Louis Virtel, a cohost of the Crooked Media podcast Keep It, kept the focus on Hart, tweeting, “I feel like if you’re not homophobic anymore, you shouldn’t mind apologizing for your past homophobia again and again and again.”

And journalist Katie Herzog offered her support to the host, calling out DeGeneres’ critics for “dragging her for having Kevin Hart on her talk show.”

Hart, 39, announced last month he was stepping down from the role after declaring he would not apologize for his past homophobic comments which were resurfaced after it was announced he would host the Academy Awards. The star later had a change of heart and did apologize.

The host, 60, later added that as a member of the LGBTQ community she is sensitive to homophobic comments but accepted Hart’s apology.

Kevin Hart Says Resurfacing of Past Homophobic Tweets Was an ‘Attack’: ‘This Was to Destroy Me’

“As a gay person, I am sensitive to all of that. You’ve already expressed that it’s not being educated on the subject, not realizing how dangerous those words are, not realizing how many kids are killed for being gay or beaten up every day. You have grown, you have apologized, you are apologizing again right now. You’re done it.”

Despite the tweets and comments he made, DeGeneres said Hart had grown as a person.

“There are so many haters out there, whatever is going on the internet don’t pay attention to them, that’s a small group of people being very, very loud. We’re a huge group of people who love you and want to see you host the Oscars,” she said.

WATCH: Kevin Hart Steps Downs as Host of the Academy Awards Moments After Refusing to Apologize

Hart’s initial reason for not apologizing after the tweets and quotes from his stand-up special surfaced was because he felt he had already apologized in a 2015 Rolling Stone article. Many critics have slammed his Rolling Stone comments as appearing to be more of an explanation than an admission. (Hart did apologize in stepping down from hosting the Oscars, tweeting, “I sincerely apologize to the LGBTQ community for my insensitive words from my past.”)

“It’s about my fear. I’m thinking about what I did as a dad, did I do something wrong, and if I did, what was it?” Hart said in the feature. “Not that I’m not gonna love my son or think about him any differently. The funny thing within that joke is it’s me getting mad at my son because of my own insecurities — I panicked. It has nothing to do with him, it’s about me. That’s the difference between bringing a joke across that’s well thought-out and saying something just to ruffle feathers.”

Hart said he knew that his comments were incendiary and said he wouldn’t repeat the joke.

“I wouldn’t tell that joke today, because when I said it, the times weren’t as sensitive as they are now. I think we love to make big deals out of things that aren’t necessarily big deals, because we can. These things become public spectacles. So why set yourself up for failure?” 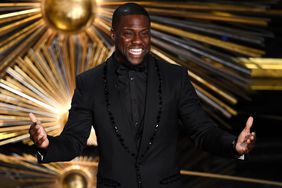 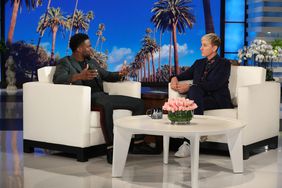 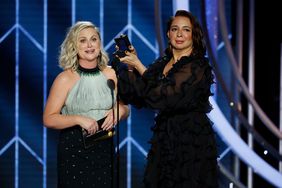 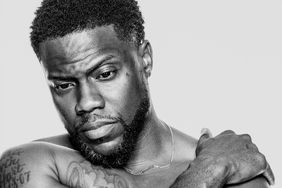 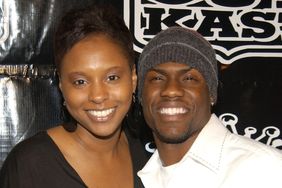 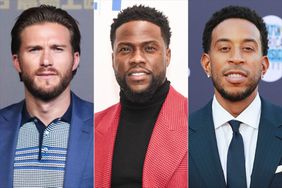