"It's either in the contract or it's not," Elizabeth Olsen on Scarlett Johansson's lawsuit against Disney over Black Widow release

Elizabeth Olsen is the latest celeb to show support for Scarlett Johansson amid her lawsuit against Disney.

"I think she's so tough and literally when I read that I was like, 'Good for you Scarlett,'" Olsen remarked.

The comment came while Olsen answered a question on whether actors were worried about movies having a harder time hitting theaters post-pandemic.

"Not worried on Scarlett's behalf. But I'm worried about small movies getting the opportunity to be seen in theaters. That was already a thing pre-COVID," she said, later adding: "But when it comes to actors and their earnings, I mean, that's just, that's just all contracts. So it's either in the contract or it's not."

Olsen's comment comes after Johansson filed a lawsuit against Disney last month, alleging that the media conglomerate breached her contract when it released her first solo Marvel film Black Widow simultaneously in theaters and on its streaming platform Disney+. In the lawsuit obtained by PEOPLE, she argued that her Black Widow contract with Disney's Marvel Entertainment was for a guaranteed theater release, with the majority of her earnings coming from box office sales.

"Disney intentionally induced Marvel's breach of the agreement, without justification, in order to prevent Ms. Johansson from realizing the full benefit of her bargain with Marvel," the suit said.

In a statement obtained by PEOPLE, her attorney John Berlinski said: "It's no secret that Disney is releasing films like Black Widow directly onto Disney+ to increase subscribers and thereby boost the company's stock price — and that it's hiding behind COVID-19 as a pretext to do so. But ignoring the contracts of the artists responsible for the success of its films in furtherance of this short-sighted strategy violates their rights and we look forward to proving as much in court. This will surely not be the last case where Hollywood talent stands up to Disney and makes it clear that, whatever the company may pretend, it has a legal obligation to honor its contracts."

Disney subsequently argued that there is "no merit whatsoever to this filing" in a statement to PEOPLE. "The lawsuit is especially sad and distressing in its callous disregard for the horrific and prolonged global effects of the COVID-19 pandemic," they said.

"Disney has fully complied with Ms. Johansson's contract and furthermore, the release of Black Widow on Disney+ with Premier Access has significantly enhanced her ability to earn additional compensation on top of the $20M she has received to date," the statement continued.

Disney has since faced backlash from Women in Film, Los Angeles, ReFrame and TIME'S UP, calling the networks response to Johansson's lawsuit a "gendered character attack." Her agent Bryan Lourd also accused Disney of attempting to "weaponize her success" by including her salary in their statement.

On Friday, Disney filed a motion with the Los Angeles Superior Court to move the lawsuit to binding arbitration in New York. Berlinski responded in a statement. "After initially responding to this litigation with a misogynistic attack against Scarlett Johansson, Disney is now, predictably, trying to hide its misconduct in a confidential arbitration," he said.

Johansson's first appearance in the Marvel Cinematic Universe as Black Widow (a.k.a. Natasha Romanoff) came with 2010's Iron Man 2, and she's since appeared in nine films as the Russian femme fatale.

The character died in 2019's Avengers: Endgame, but she recently got her own solo outing in Black Widow, which premiered last month. The movie broke a pandemic box office record with an $80 million opening weekend in North America. Overall, the opening grossed $215 million, including international box office sales and Disney+ Premier Access rentals.

Johansson said in early July that she has "no plans to return" to the role, even after Marvel Studios President Kevin Feige expressed a desire to continue working with her. "I feel really satisfied with this film," she told Fatherly. "It feels like a great way to go out for this chapter of my Marvel identity." 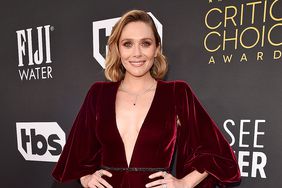