Elizabeth Chambers filed for divorce from Armie Hammer in July 2020, shortly after confirming their split

A friend close to Chambers told Vanity Fair that the Call Me By Your Name actor "confessed to being unfaithful" after their second child, son Ford Douglas Armand, was born in 2017, but claimed it was a "one-time offense."

Years later, the friend claimed that Chambers "found evidence" Hammer, 34, was having an affair with a costar, who the outlet did not name.

Then, shortly before filing for divorce in July, Chambers received a "raunchy text message" from her husband, which was intended for "someone else," the outlet reported.

Two women also spoke with Vanity Fair about their experiences dating the actor.

Former girlfriend Paige Lorenze, a 23-year-old design student who began seeing Hammer in September, said she broke things off with the actor after he "started making rules for me of things I could and couldn't do."

"I just started to feel really unsafe and really sick to my stomach about things," she said, adding that ended the relationship over text "because you never know what you're going to get with him—he's kind of a scary person."

A lawyer for Hammer, Andrew Brettler, said in a statement to the publication, "All interactions between Mr. Hammer and his former partners were consensual. They were fully discussed, agreed upon in advance with his partners, and mutually participatory. The stories perpetuated on social media were designed to be salacious in an effort to harm Mr. Hammer, but that does not make them true."

Courtney Vucekovich, who said she began dating Hammer in June 2020, told Vanity Fair that after the pair split in September she checked herself into a treatment program for trauma.

Vucekovich, 30, said Hammer made her feel like "the only girl in the world," before she detailed one sexual encounter with Hammer during which she said he persuaded her into "a bondage scenario that I was not comfortable with."

She said she "eventually consented and really regretted doing so."

Lorenze's and Vucekovich's interviews came after Hammer exited a number of projects amid the controversy surrounding his alleged leaked online messages.

Last month, the actor was dropped by his talent agency, William Morris Endeavor, according to sources. Hammer's publicist has since also stepped away, according to The Hollywood Reporter.

In a statement obtained by PEOPLE after Hammer exited the upcoming Jennifer Lopez action-comedy Shotgun Wedding, the actor said, "I'm not responding to these bull— claims but in light of the vicious and spurious online attacks against me, I cannot in good conscience now leave my children for 4 months to shoot a film in the Dominican Republic."

In January, a private Instagram account, @houseofeffie, shared alleged screenshots of direct messages they claimed were written between themselves and Hammer.

The messages, which have not been verified, include graphic accounts of sexual acts including topics such as cannibalism, with one message depicting the actor allegedly writing, "I am 100% a cannibal."

Some of the alleged Instagram messages refer to rape, although it is unclear if the messages meant consensual kink play involving rape fantasies or nonconsensual sex.

Chambers addressed the controversy in February. "For weeks, I've been trying to process everything that has transpired. I am shocked, heartbroken, and devastated," she wrote on Instagram. "Heartbreak aside, I am listening, and will continue to listen and educate myself on these delicate matters. I didn't realize how much I didn't know."

"I support any victim of assault or abuse and urge anyone who has experienced this pain to seek the help she or he needs to heal," she continued. "My sole focus and attention will continue to be on our children, on my work and on healing during this incredibly difficult time. Thank you for all of the love and support, and thank you in advance for your continued kindness, respect, and consideration for our children and me as we find ways to move forward." 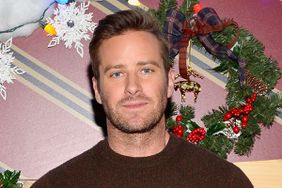 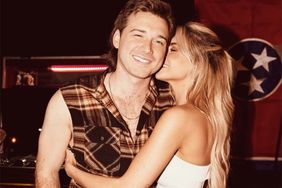