Elizabeth Banks is getting a taste of the dark side.

The actress, 42, has signed on to play the iconic villainous Rita Repulsa in the upcoming Power Rangers film reboot – and PEOPLE has the first look.

“I’ve never played a villain before,” Banks tells PEOPLE in this week’s issue, adding that she’s looking forward to “world domination – and being unpredictable as a character.”

And quite the menacing character, no less: As Rita Repulsa, Banks is decked out in reptilian-like green getup and hair, with menacing gold talons to match.

Banks said it was her little brother who first introduced her to the world of the Power Rangers.

“It might be his favorite show of all time,” she jokes.

As for her character’s new look: “It’s definitely a modern and edgy re-imagining of the original Rita Repulsa,” says Banks.

“We wanted to give her a backstory that connects her to the new Rangers,” she says.

Also starring Dacre Montgomery as the Red Ranger, RJ Cyler as the Blue Ranger, Naomi Scott as the Pink Ranger, Becky G as the Yellow Ranger and Ludi Lin as the Black Ranger, Power Rangers is set to hit theaters in March 2017. 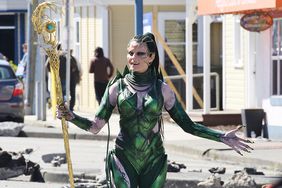 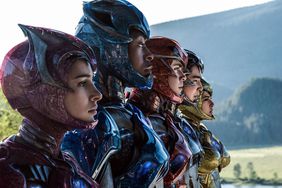 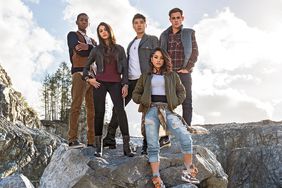 Morphin' Time! Get a First Look at the Stars of the New 'Power Rangers' Movie 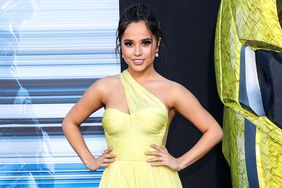