'Elf' Turns 16! See the Cast of Will Ferrell's Holiday Comedy Then and Now

The Christmas classic starring Will Ferell, Zooey Deschanel and James Caan turns 16 on Thursday — and the holiday magic remains as strong as the reindeer pulling Santa's sleigh into the night

Will Ferrell: Buddy the Elf

Fresh off of seven years on Saturday Night Live, the comedian starred as overgrown elf Buddy, who learns he's actually a human and sets out to find his real dad in New York City. Ferrell serves up constant laughs and endlessly quotable lines as a 30-year-old man-child devoted to love and the pure bliss of the holidays.

Since falling in love with Jovie and saving Christmas, Ferrell, 52, has continued to deliver over-the-top, hilarious performances in Anchorman: The Legend of Ron Burgundy (2004), Talladega Nights: The Ballad of Ricky Bobby (2006) and Step Brothers (2008).

As a blonde in 2003, Deschanel woos Buddy as a Gimbels employee with an "affinity for elf culture" and a sultry singing voice. Her version of "Baby It's Cold Outside" with Leon Redbone — pre-dating her She and Him days — is a holiday favorite.

Now best known for the seven years she starred as Jess on New Girl, Deschanel, 39, is also mom to two kids with her ex, producer Jacob Pechenik. She is currently dating Property Brothers star Jonathan Scott.

Deschanel is gearing up for another festive season, hitting the road with She and Him for some holiday shows, and joining Kacey Musgraves' Christmas special.

Buddy's biological dad (Caan) starts out as a hardworking head honcho at Greenway Publishing — and a firm name on Santa's naughty list. But after bonding with his long-lost son, Walter decides to put family first and says, "Up yours" to his demanding boss.

Caan's résumé since includes stints on Las Vegas, Magic City and Back in the Game, along with parts in Get Smart (2008) and For the Love of Money (2012). The 79-year-old Godfather alum — who filed for divorce from his wife of 19 years in 2015 — starred alongside Rosanna Arquette and Jonathan Rhys Meyers in 2019's Holy Land.

Tay plays opposite Ferrell as Buddy's half-brother Michael. At first he isn't sold on Buddy's diet of candy, candy corn, candy canes and syrup, but the giant elf wins him over when they team up for a snowball fight.

Tay, 27, joined Artie Lange and Ralph Macchio in 2006's Beer League and did some additional voice acting, but has remained out of the spotlight since 2007's Brooklyn Rules.

Emily takes quite nicely to the surprising news that her husband fathered a son with another woman before they got married, and welcomes Buddy's spaghetti breakfast and the Christmas tree he stole from Central Park. Her singing voice isn't going to win Grammys, but Steenburgen plays a perfectly supportive mother.

The actress, 66, reteamed with Ferrell in Step Brothers, had memorable arcs on Curb Your Enthusiasm and 30 Rock, and most recently brought rom-com sweetness in Book Club with Candace Burgen, Jane Fonda and Diane Keaton.

Steenburgen's real-life romance is just as touching: She and husband Ted Danson celebrated 24 years of marriage in October.

As Buddy's adopted dad, Newhart breaks it to him that he's really a human, not an elf, born to Walter Hobbs and the late Susan Wells. Papa Elf supports Buddy's quest to meet his biological father in New York City, but appreciates it even more when Buddy and Jovie return to the North Pole in the end with a little elf of their own.

The comedy legend, 90, went on to win an Emmy for his turn as Professor Proton/Arthur Jeffries on the Big Bang Theory, and continued to appear on the hit CBS sitcom until it ended earlier this year.

Newhart is still married to his wife Ginny, with whom he tied the knot in 1963.

A friend of director Jon Faverau's, Sedaris signed on as Walter's quirky secretary Deb, whom Buddy thinks looks pretty enough to be on a Christmas card. While she doesn't know how to declaw kittens, Deb can take direction and jumps on the intercom when she sees Walter opening up lingerie in his office.

Sedaris, 58, has since racked up a slew of guest appearances on shows like Hot in Cleveland, The Good Wife and The Middle, and held down a memorable voice acting gig on BoJack Horseman. She also stars as the wacky Mimi Kanasis on Netflix's Unbreakable Kimmy Schmidt and launched At Home with Amy Sedaris in 2017.

The man in red is played by none other Hollywood legend Asner. He brings grit and a humourous charm to Santa, as seen when he tells Buddy to avoid eating yellow snow in Manhattan and warns, "If you see a sign that says 'Peep Show,' that doesn't mean that they're letting you look at presents before Christmas."

Post-Elf, Asner, 89, kept up the Christmas cheer, appearing in other holiday movies like Thomas Kinkade's Christmas Cottage (2008), Home Alone: The Holiday Heist (2012) and Saving Christmas (2017). He also has a full slate of upcoming projects, including Netflix's Dead to Me with James Marsden.

In 2015, Asner filed for divorce from his wife Cindy Gilmore, eight years after they had separated.

Along with directing the 2003 Christmas classic, Favreau appears as the doctor who confirms that Buddy is, in fact, Walter's son.

"For a year, I rewrote the script," Favreau told Rolling Stone in 2013. "It turned into more of a PG movie from a PG-13. He was a darker character in the script I had read originally. The character became a bit more innocent, and the world became more of a pastiche of the Rankin/Bass films. The studio [New Line] read it and agreed to make it, and that’s when I was brought on to direct."

Favreau, 53, continued to shine in front of and behind the camera, appearing in The Break-Up (2006), I Love You, Man (2009) and Spider-Man: Homecoming (2017), and directing and producing the live-action Jungle Book (2016) and the first two Iron Man films. Most recently, he directed the 2019 live-action Lion King starring Donald Glover and Beyoncé.

When Walter brings in high-maintenance story creator Miles Finch as a last resort to crank out a hit children's book in the fourth quarter, Buddy thinks he's meeting a fellow elf — an "angry elf" at that. Dinklage masterfully threatens, "Call me an elf one more time."

Since 2011, HBO has been missing its chance to have one of Dinklage's Game of Thrones characters call Tyrion Lannister an angry elf. Still, the actor, 50, has since won four Emmys and one Golden Globe for the role, which came to an end earlier this year. 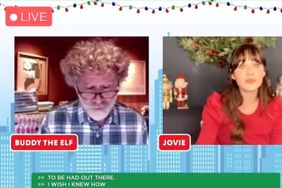 'Elf' Reunion! Zooey Deschanel and Will Ferrell Reenact 'Baby, It's Cold Outside' Scene 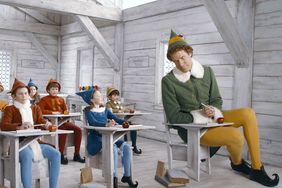 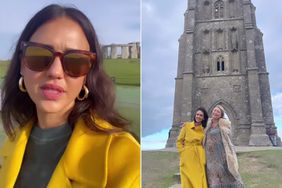 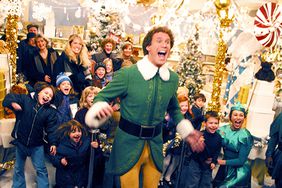