Fans will have a chance to own a bit of movie history in an upcoming auction.

Rare pieces like Harry Potter and Snape's wands from Harry Potter and the Goblet of Fire, Edward Scissorhands' scissor-covered glove, Bruce Willis' Die Hard vest and more are up for auction next month through Julien's Auctions.

"Over 400 lots from the greatest box-office films and movie franchises of the past 50 years will star on the auction stage, many of which will be sold to the public for the first time," a press release for the April 28-29 auction read.

Also up for sale is one of the famous letters trying to reach Harry Potter in the first movie, complete with a Hogwarts wax seal and addressed to "The Cupboard under the Stairs" at "4, Privet Drive," where the magical story begins.

Items from several Batman movies will also be for sale, including a full mask worn by George Clooney in Batman and Robin, a bodysuit with a cape worn by Val Kilmer in Batman Forever and an original cowl worn by Michelle Pfeiffer as Catwoman in Batman Returns.

Several items will also be available from the Alien franchise, including an incredible full-size prototype Xenomorph costume from the 1979 movie. The specific prototype wasn't used in the end, making it a one-of-a-kind and extremely rare item up for grabs.

Also up for sale is a full costume worn by star Sigourney Weaver in the sequel Alien Resurrection.

That's just a few of the coveted items, with more including Jodie Foster's FBI badge in Silence of the Lambs and an original Imperial Scout Trooper Blaster from Star Wars: Return of the Jedi up for sale.

They Did It Their Way 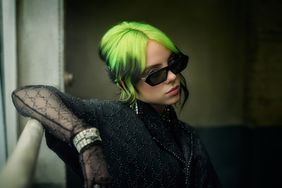