Eddie Redmayne Gushes About His 'The Aeronauts' Costar Felicity Jones: 'I Really, Really Adore' Her

The Aeronauts is in theaters Friday

Eddie Redmayne and Felicity Jones are back and better than ever!

In a PEOPLE exclusive clip of the making of The Aeronauts, Redmayne and Jones reunite to star as scientist James Glaisher and pilot Amelia Wren, respectively, in an epic fight for survival while attempting to make discoveries in a gas balloon.

“I really, really adore Felicity,” says Redmayne of his costar in the video. “I think this sort of nothing that she can’t do. It was hard, but deeply, deeply rewarding.”

Jones, who starred with Redmayne in 2014’s The Theory of Everything, also spoke highly of her costar, saying, “Eddie and I pushed each other constantly.”

“[We were] trying different things within the takes. We don’t stop until we’ve got something that we’re both happy with,” she said.

Director Tom Harper added, “They knew each other and trusted each other,” which made their onscreen chemistry easy to pick up on.

“[They] knew each other’s strengths and could play to those strengths,” Harper said. “So when we started rehearsing, we had this real kind of foundation, this bedrock which we could draw from.”

PEOPLE confirmed Jones was expecting her first child with husband Charles Guard on Wednesday. The couple has been married for a little over a year.

The Aeronauts is in theaters Friday. 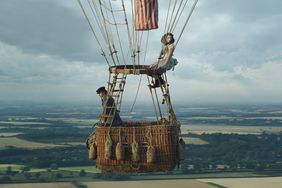 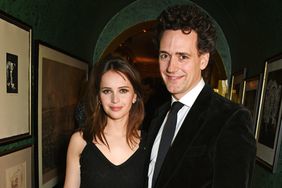