The magical world of Harry Potter is officially back in theaters.

The world premiere of Fantastic Beasts And Where To Find Them has kicked off in New York City Thursday night — and the film’s star and creator were on hand to celebrate.

Eddie Redmayne, who star as Newt Scamander in the film, and the real wizard behind the beloved series, J.K. Rowling, posed for photographers at the premiere, held at the Alice Tully Hall at the Lincoln Centre. Redmayne looked dashing in a grey double breasted jacket and matching suit, while the author opted for a black V-neck wrap around dress.

Earlier in the day, Redmayne, Rowling and the rest of the cast — Katherine Waterston, Dan Fogler, Alison Sudol and Ezra Miller — held a press conference to talk about the new film and what it was like returning to the Potter-verse.

“I can’t wait for people to see the movie,” Rowling said when PEOPLE asked about fan expectations for Fantastic Beasts and Where to Find Them. “This is just the beginning and we don’t know which characters are coming back, so this is chapter one and I think people will really like it. I hope so.”

Rowling also said that she tries “not to focus too much on what other people think about the work,” but does appreciate when fans express their love for her novels. The cast, on the other hand, was really feeling the pressure of entering into an universe so beloved by fans all over the world.

“I’d like to say that I was scared because as a big Harry Potter fan, I felt like I was running the risk of being compelled to loathe myself,” Miller joked, before adding that he would “join the ranks” of people who hated him if it wasn’t a good performance. “It was certainly a little daunting,” the actor added.

As the film’s star and a huge Potter fan, Redmayne admitted that he also didn’t want to mess it up — but that only made him more determined to do a great job.

“Like Ezra said, we were such fans of the books and films and of course didn’t want to be the guy that comes along and ruins it,” Redmayne admitted. “So there was definitely a sense of expectation on ourselves, but I think that galvanizes you and I think it makes you work harder.”

Also at the premiere was the film’s producer David Heyman, who shared with PEOPLE the reason why he cast Johnny Depp as Grindelwald. “Why did we cast him? Because he’s iconic. He’s an iconic actor and we needed an iconic actor to play this part. Johnny’s created two or three iconic people, people who are unforgettable,” Heyman reveals.

“He makes choices and that was really, really important. We wanted somebody who could in the one hand seduce, but on the other hand be really scary. Johnny can do that. He was an absolute pleasure to work with,” he added.

Rowling also told PEOPLE that Depp’s role will be “more important” in the next four film installments. “He’s obviously a cameo in this film but going forward will obviously be more important. Watching Johnny create a character is really quite remarkable, it’s fascinating. It’s great as a writer to work with people like that,” she said.

About Depp, director David Yates revealed to PEOPLE: “We cast him because he’s a real artist. He’s a great actor. We’re asking him to fill a big pair of shoes, Grindelwald is a huge character. And we filmed in January of last year.” 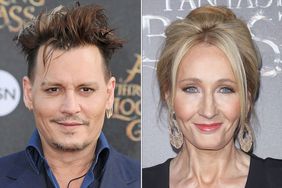 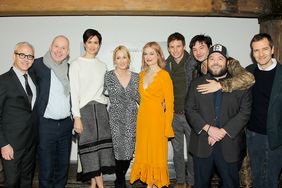 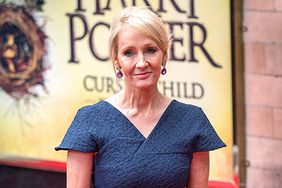 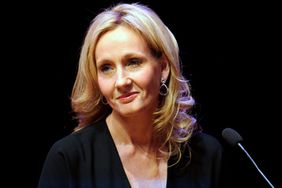 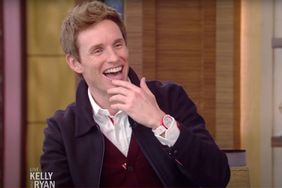