Eddie Murphy Enjoys His Semi-Retirement: 'All This Stuff Leads to Me Being Back on The Couch'

"What I like to do more than anything is to not have a schedule and just be within earshot of my children," Murphy said

Eddie Murphy is opening up about his semi-retirement.

In a PEOPLE exclusive clip of his upcoming interview on Today, Murphy sat down with Al Roker to talk about his new movie Dolemite Is My Name and his semi-retirement.

“I still am in the semi-retired state,” Murphy, 58, said. “For maybe five or six years, I was on the couch, just doing nothing, and not planning and not trying to get anything. I had things in development, but I just was doing nothing.”

While the comedian wasn’t actively working, he also didn’t feel like he was missing out on much.

“That means I’m never ever, ever — even if that means people love these pictures I’m doing — I’m never going to be on it like I was in my 20s,” he said. “What I like to do more than anything is to not have a schedule and just be within earshot of my children. That’s my favorite dish.”

Murphy may enjoy being at home now more than ever — especially after welcoming his tenth child, son Max, with fiancée Paige Butcher in December — but he says he’ll still appear in films if the right project came along.

“I don’t want to say I’m retired like I won’t do anything. If some great thing comes along, or if some great thing happens, some great director or some great idea, of course, I’ll make other movies,” he told Roker. “Once I get my stand-up muscle back together, I’ll always do stand-up. I’ll always have this thing to go do, but I’m never going to be doing it like I used to be all the time.”

Roker pointed out how busy Murphy had become while promoting Dolemite Is My Name and preparing for his stand-up tour next year.

“[I’m] busier than ever right now, but all this stuff leads to me being back on the couch with nothing to do,” Murphy said, laughing lightly. “That’s the plan: Go do this little stuff, do these three movies, do Saturday Night Live, do stand-up and then back to the couch.”

Murphy stars in the Craig Brewer-directed film Dolemite Is My Name, in which the actor portrays comedian Rudy Ray Moore, who used the character of Dolemite to become a Blaxploitation icon in the ’70s.

In September, he explained his return to the spotlight to PEOPLE and Entertainment Weekly while at the Toronto International Film Festival, saying, “I was on the couch for maybe five [to] six years and now it’s time to get off the couch.”

“I was on the couch because I was rested, I mean I was tired,” he continued. “I’d been making movies and doing this stuff for so long I just needed time to be on the couch. Now, I’m off and [Dolemite] kind of lit a spark because it turned out so well and it got the creative juices flowing.”

Dolemite Is My Name opens Oct. 4 in select theaters and arrives on Netflix Oct. 25. 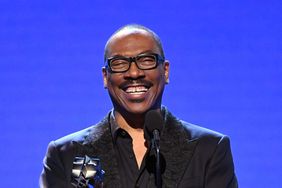 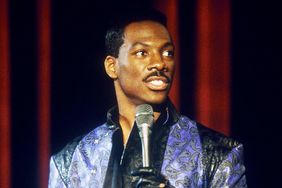 Eddie Murphy Admits 'Some of' His Old Jokes Are 'Cringey,' but Refuses to Say He Regrets Them 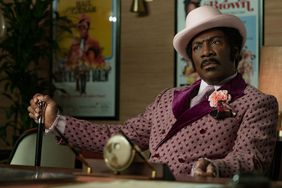 Eddie Murphy Explains His Return to the Spotlight with 'Dolemite' : 'It's Time to Get Off the Couch' 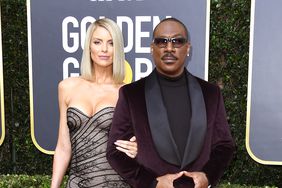 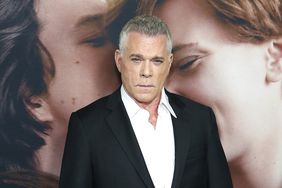 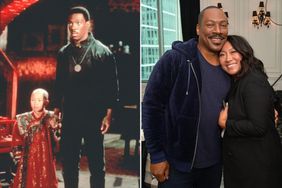 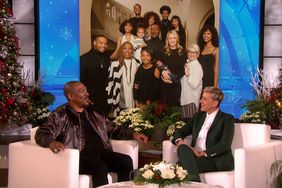 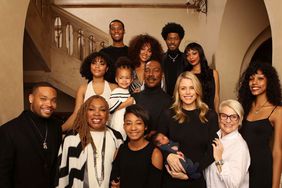 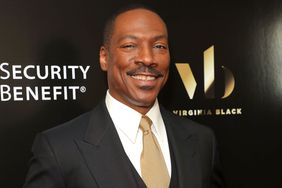 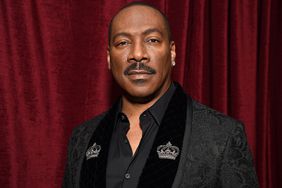