Dylan Sprouse is not impressed with Jared Leto‘s DM etiquette.

“Yo @JaredLeto now that you’ve slid into the dm’s of every female model aged 18-25, what would you say your success rate is?” Sprouse wrote.

While it’s unclear what prompted Sprouse’s message, Leto, who once dated Cameron Diaz for 5 years, seemed to ignore the criticism. (A rep for Leto did not respond to a request for comment.)

But Leto is no stranger to ignoring his critics. After rumors swirled around his interesting “method acting” antics while getting into character as the Joker for Suicide Squad last year, the Oscar winner told PEOPLE he was no longer going to talk about how he prepared for films.

“I should just never talk about it cause I’m not doing it to talk about it — I’m doing it for me,” Leto told PEOPLE at the time. “One basic response I have is, ‘I’ll work the way I wanna work, you work the way you want to work. You don’t like it, you can kiss my ass.’ “ 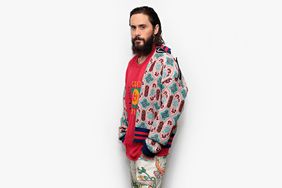 Jared Leto to Critics of His Method Approach to Acting: 'Kiss My Ass' 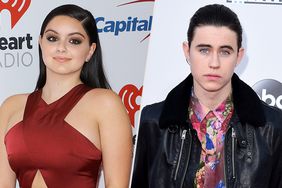