Dylan O'Brien Talks Tough Recovery after 'Maze Runner' Set Injury: 'It Was the Worst Experience of My Life'

"It was the worst experience of my life," says Dylan O'Brien, who now stars in American Assassin

Dylan O’Brien is back in action in the new thriller American Assassin — after a hard road to recovery following his near-tragic 2016 accident on the set of Maze Runner: The Death Cure.

“I was in a really fragile, vulnerable state,” O’Brien, 26, tells PEOPLE in the latest issue of his mental and physical well-being after a stunt gone wrong left him with a concussion and a facial fracture, among other injuries. “I didn’t want anyone in my business and you get angry about it and you’re already angry. I’ve gotten to a place where I’m okay with it, but it was definitely a rough year.”

The actor, who first found fame on TV’s Teen Wolf, declines to talk about the details of the accident (he was reportedly thrown from one vehicle and struck by another while filming in Vancouver) but describes the months following it as pretty foggy. “I definitely remember what happened,” he says. “I lose detail when I went out, so on impact basically. The memory of it — the weird thing I learned is that your body is more aware of what happened to you even if you are not, in a way. Like you have these uncontrollable reactions to a situation like that that you don’t even see coming, or expect. You don’t fully become cognizant for weeks after, that was basically it.”

O’Brien credits the support from his friends and family — specifically his parents and girlfriend Britt Robertson — for helping him work his way through the trauma and focus on his recovery.

“My parents and my girlfriend were by my side the whole way,” he says. “My girlfriend was with me every step of the way, even in my hospital bed, she’s a saint. She also got up to Canada so quickly, I didn’t know that was possible and was there one of the first times I opened my eyes.”

Sitting across from O’Brien now, you’d never suspect he’s been through something so traumatic such a short time ago — especially given his athleticism and military-style stunt training in American Assassin, which opens this Friday. However, in the weeks following the accident, O’Brien says he “absolutely” considered that he might never act again.

“The first time I saw my face I was like, ‘That’s it,’ ” he admits. “And then even spending that six months out of it and in recovery and so far away from it, you’re in a state of questioning everything. I absolutely went through a period of not knowing what my future was going to be.”

O’Brien is extremely proud of the physical and mental work he did to get into literal fighting shape for Assassin, based on late author Vince Flynn’s popular novels. He plays black ops recruit Mitch Rapp.

“I was really proud of doing it,” he says. “It was the scariest time to be leaping into something like that for me. I really had to push myself too and know that it was normal and that I wasn’t necessarily going to want to. But ultimately I was hoping it would be a good thing for me and it was. It forever will be an experience I hold close to my heart for those reasons.”

The Teen Wolf scene-stealer says he’s learned a lot about his own personal limits and has a fresh perspective on what he values most in life and work.

“It’s weird because it was the worst experience of my life to go through, but at the same time it also brings you a lot of things you wouldn’t expect that are positive, like a lot of enlightenment and growth as a person,” he explains. “I learned a lot about a traumatic situation and what it does to you. It really brings you closer to your family and your loved ones.”

He’s also learning to appreciate living in the moment and spending quality time with friends — even if it means a few extra stares and camera phones focused on him.

“I really try to live my life a little more, in ways I would hold back from previously,” O’Brien says. “Just going out and seeing friends, not being cooped up in my house because I don’t want to get my picture taken or anything like that. I’ve tried to let go of that stuff a bit, accept that it’s going to happen to me and not let it prevent me from doing anything I want to do, which I have in the past.” 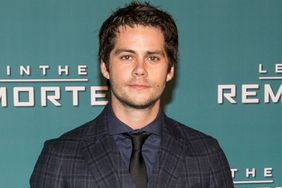 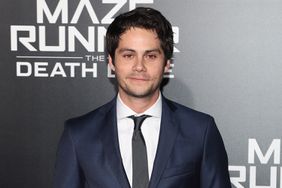 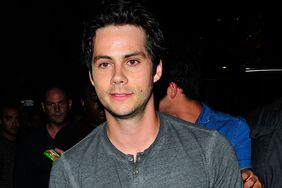 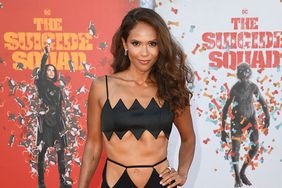 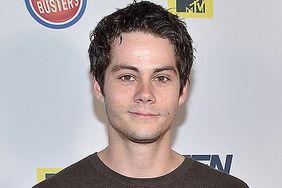 Dylan O'Brien Hospitalized After Being Injured on 'Maze Runner' Set