What's not to love about Dwayne Johnson?

The superstar's unconventional journey to Hollywood has led him to become one of the highest paid actors in the world. His growing business empire includes his Seven Bucks production company, Teremana Tequila, Zoa energy drink and a partnership with Under Armour. His new movie, Jungle Cruise, inspired by the iconic Disney ride, will debut in theaters and on Disney+ Premier on July 30. And now Johnson, 49, sits atop PEOPLE's list of 100 Reasons to Love America.

PEOPLE's Sexiest Man Alive of 2016 insists he was even more humbled to receive this current crown.

"It feels great. I've been a lucky guy over the years to have the career that I've been blessed enough to have," says Johnson, who was photographed and interviewed in Hawaii for this week's issue. "And things like this, I'm always appreciative. We're here in Hawaii, where I did a lot of my growing up… I was just Dwayne Johnson, the kid who's having a hard time going to school making his classes. I never expected in my wildest of wild dreams that I would ever be in a position to be on the cover of PEOPLE — and certainly not with this kind of title."

Over the last year during the pandemic, Johnson became even more appreciative of his "blessed" life with wife Lauren Hashian, 36, their daughters Jasmine, 5, and Tia, 3, and his daughter Simone, 19, with ex-wife and production partner Dany Garcia, 52.

"It was a shakeup for us," the actor admits. "I did this weird thing every day where I still got up and got dressed like I was getting ready to go someplace. I mean, shoes and all. That helped me psychologically. On a relationship and marriage standpoint, you realize you have to really be attentive to your reactions and responses, because your patience capacity starts to compress."

For more of Johnson's exclusive interview, pick up this week's issue of PEOPLE on newsstands Friday.

The actor had to learn "to have better patience," he adds. "I would marvel at Lauren. We would conduct [at-home school] classes; she would be the teacher, and I sat there crisscross-applesauce with my daughters, and within five minutes I was like, 'God, I am so tired.' And my wife was going and going and going."

Jason Momoa Says He Wants to Make a Movie with Dwayne Johnson: 'One of These Days'

Married to longtime love Hashian since 2019, Johnson most appreciates "the ease of being in our relationship now, I think going on 13, 14 years—she's going to kill me that I don't know the exact number," he says, laughing. "But there's a comfort. We may argue, but truly within 10 minutes we pull ourselves out of it and find some humor in the things that we just said. Mainly the things that I just said."

Listen to more of PEOPLE's cover story interview with Dwayne Johnson below on our daily podcast PEOPLE Every Day.

With Jungle Cruise, which costars Emily Blunt, the actor hopes all families will leave theaters feeling "one of life's greatest anchors, which is gratitude itself."

Watch the full episode of People Cover Story: Dwayne Johnson on PeopleTV.com, or on the PeopleTV app.

And he insists he will never take his own blessings for granted. "The most important things are right in front of me," Johnson adds. "I am in constant thank-you mode." 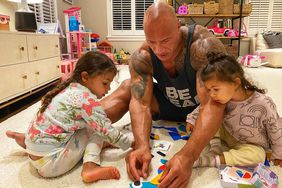 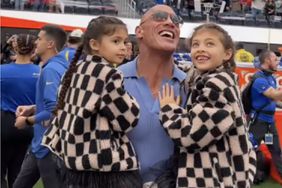 Dwayne Johnson Says the Most Important Thing to Him Is 'Being a Daddy': 'My Number One Priority' 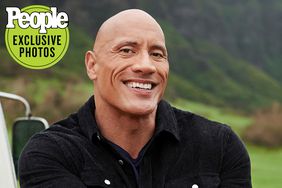 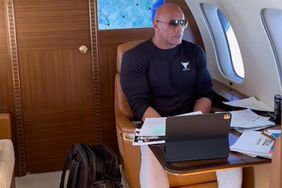 WATCH: Dwayne Johnson Uses 'The Force' to Get Work Done on a Private Jet in Funny Video 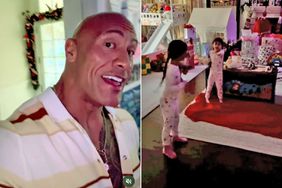 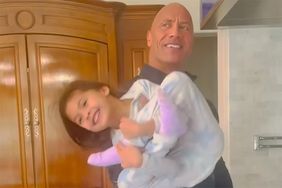 Dwayne Johnson Uses Daughter Tiana as a Weight for His 'Daddy Curls' in Cute Video: Watch 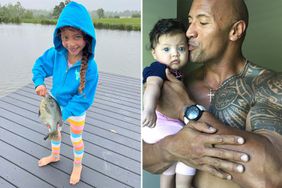 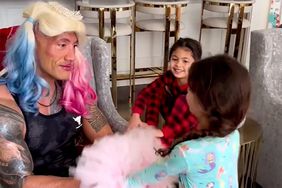 Dwayne Johnson Says Running for President Isn't Happening: 'My No. 1 Priority Is My Daughters' 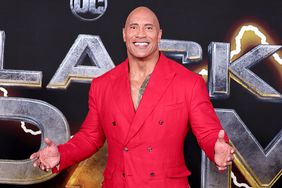