In a video shared on Instagram on Friday from his father’s funeral last month, Johnson delivered the moving speech that he previously revealed he had written after his dad, Rocky, died from a heart attack at age 75.

Johnson, 47, was emotional as he took the podium, taking a moment to gather himself before speaking.

Johnson thanked everyone for attending before explaining how he heard about his dad’s death.

“I was on my way to work, the other day on Jan. 15 and I was just pulling into work and we were shooting that day and it was the very first day of production,” he said, going on to tell the story of how his wife Lauren called to tell him that “something’s going on with your dad.”

“Lauren was with our babies, she was with my mom and she said, ‘You know, I really can’t talk… I think you should call Cora though’, so of course I called Cora,” Johnson continued, saying that she broke the news to him just as he was pulling up to work.

Dwayne ‘The Rock’ Johnson Reveals He’s Written His Father’s Eulogy: ‘Nothing Prepared Me for This’

“I’m literally just pulling in and I’m looking at the whole crew, hundreds of guys and women milling around, carrying equipment and waving at me in the truck, and I’m waving back and it all got really foggy and it seemed like it was a big dream.”

“You know how you have those moments where you try and shake yourself out of it, and you’re like ‘No, it’s not a dream. … My dad’s gone.’”

“And I heard a voice say, ‘Well, hey, the show must go on,’ and that was my dad. That was my old man who told me that,” Johnson said as clips of his dad’s days as a wrestler played on a screen behind him.

Johnson then remembered his dad as a “trailblazer” in the wrestling community.

“The other side to it that I wanted to point out that I thought was important to say is that when somebody is a trailblazer that means that they actually, they have the ability to change behavior and audience’s behavior, people’s behavior,” he said. “And for my dad, when he broke into the business in the mid ’60s and throughout the late ’60s and into the ’70s in the United States where racial tension and divide was very strong and in the ’60s and the ’70s you have a black man coming in, it’s an all-white audience and all these small little towns that eventually I would go on to wrestle in — but at that time he changed the audience’s behavior and actually had them cheer for this black man.”

“When you think of my dad’s name, you think ‘hard work,'” Johnson said.

“You think ‘barrier-breaking,’ you think being the hardest worker in the room, always working out. He taught me how to work out at a very young age,” the father of three went on. “Hard work, discipline — those are things and tenants that are synonymous with my dad’s name.”

The Jumanji star concluded, “I wish your soul at rest and at ease.”

“Dad, you lived a full and meaningful life,” Johnson began a lengthy caption that accompanied the video.

“You trail blazed and even harder, you changed people’s harsh behaviors toward a man of color. Paving the way for me, my family and generations to come,” he continued. “You loved us with the capacity of which you could – given all the givens.”

“Raised me with an iron hand and a tough complicated love. A love that now, as a father and man, I’ve learned to refine as I raise my own children,” he said, before echoing what he said in the eulogy: “I wish I had one more shot. To say one more thing.”

“You were taken too fast. Slipped right thru my hands,” the caption continued. “But you were so loved, lived so full, defined culture and now you rest high. Peacefully. And that makes my heart smile. I love you and now I have an angel to call by name. I’ll see you down the road, Soulman. Til we meet again. Your son ??”

Last month, Johnson revealed that he didn’t have a chance to say goodbye to his dad, who “died very quickly from a massive heart attack, just like that,” the retired wrestler said in a candid Instagram video.

The Ballers star went on to say that he had “no idea where to start” when it was time to write his dad’s eulogy.

“I’ve written a lot of speeches for myself over the years but I have no idea where to start with this one. But I do have my tequila and I can hear him now, ‘Good that’s the way you gotta do it,’ and I can also hear him now ‘Make sure you put me over in the speech – say good stuff about me,” Johnson said.

Dwayne Johnson Reveals His Father Rocky’s Cause of Death: ‘He Died Very Quickly’

Rocky’s death was confirmed on January 15 by the WWE.

“WWE is saddened to learn that Rocky ‘Soul Man’ Johnson (born Wayde Douglas Bowles), a WWE Hall of Famer, former World Tag Team Champion, and father of Dwayne ‘The Rock’ Johnson, has passed away at age 75,” the organization wrote on its website.

Rocky was born in Nova Scotia, Canada, as Wayde Douglas Bowles and began wrestling at the age of 16. His wrestling career ended with his retirement in 1991, but he went on to train his son to become a wrestler. 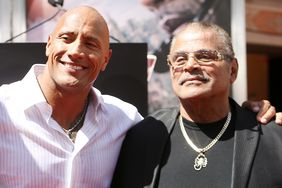 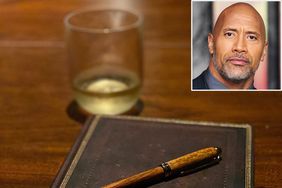 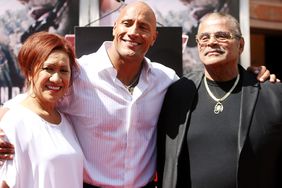 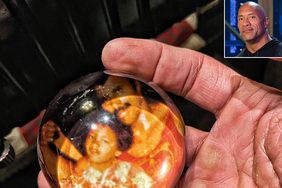 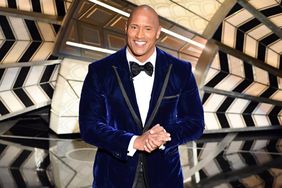 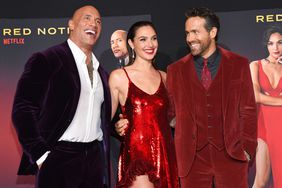 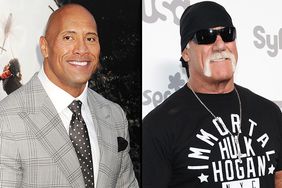