Dwayne Johnson has a different opinion than DJ Khaled when it comes to the bedroom.

In a recently resurfaced interview he gave in 2015 while appearing on The Breakfast Club, Khaled revealed that he thought it was a woman’s job to “praise the man — the king.” When asked, the DJ said that he would “never” perform oral sex on his wife — likely referencing his fiancée Nicole Tuck — but that it wouldn’t be okay if she decided she didn’t want to do the same.

Johnson, like many celebrities, felt compelled to voice his disagreement. The actor responded to a tweet quoting the interview by jokingly clearing his throat and giving his opinion on the subject.

“As a man, I take great pride in mastering ALL performances. This is probably a little TMI.. I will now quietly excuse myself from this fun thread,” he wrote.

In the interview, Khaled explained that he expected oral sex from his wife and mother of their one-year-old son Asahd.

“You gotta understand, I’m the don. I’m the king,” Khaled said. “It’s different rules for men. We the king so there’s some things y’all might not wanna do, [but] it gotta get done. I just can’t do what you want me to do. I just can’t.”

“Walking on the Sun” hitmakers Smash Mouth also weighed in on the situation before Johson, writing, “A King who doesn’t is no King at all” in a tweet, while actress Evan Rachel Wood, who is bisexual, chimed in, “You’re seriously missing out man. Take it from someone who has pride and thoroughly enjoys pleasuring women. You should grow up.”

But despite the viral comments, a source told PEOPLE that Khaled and Tuck are doing just fine.

“They’re the most amazing couple and one of the healthiest family you’ll meet,” the source told PEOPLE. “He really does adore her and they’re obsessed with each other.”

Johnson recently welcomed his second daughter with longtime girlfriend Lauren Hashian earlier this month. The two are parents to two-year-old Jasmine Lia and newborn Tiana, as well as Johnson’s 16-year-old daughter Simone from his previous marriage. 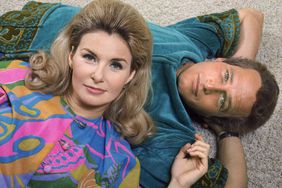 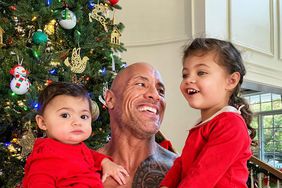