Dwayne Johnson‘s daughter is all grown up.

The Hobbs & Shaw actor, 47, opened up about his family and how his daughter Simone, 17, is getting ready for college.

“The thing with my older daughter, Simone, in a way we kind of grew up together because I had her when I was 29,” Johnson said while on Live with Kelly and Ryan on Thursday. “At that time in my life, I was trying to figure out who I was and flying by the seat of my pants.”

He continued, “We’ve got an awesome relationship, she’s getting ready to go to college.”

As for how he’s dealing with the fact that his oldest child is leaving the nest, Johnson said, “I feel great.”

“I’m excited about it because she’s earned it,” he said, adding he’s not too concerned about the boys she’ll meet while she’s there.

“I like to think, and it’s what girls do, they measure the men they meet in their life by their father,” he explained. “I like to think whoever she brings home is going to be a good quality person. And if they’re not… bang!”

“There’s a lot of female energy, what I’ve termed estrogenic energy. A lot of strong a— women in my house,” he said of having an all-female household.

In July, Johnson told Extra it was “the best thing” to “have a house full of strong, badass women.”

“It’s terrifying, but it’s awesome,” he said. “I grew up an only child. My dad was tough. He kicked my a—, so there was a lot of testosterone growing up. So there is this balance — have all this estrogenic energy — then also me having the opportunity to infuse ‘father’ and hopefully setting a standard of what a man should be in their lives.” 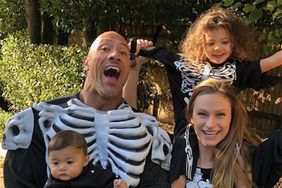 Dwayne Johnson Says Being in a House of 'Strong, Badass Women' Is 'Terrifying' but 'Awesome' 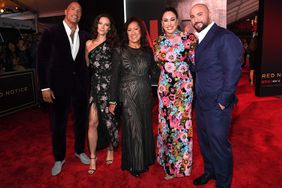 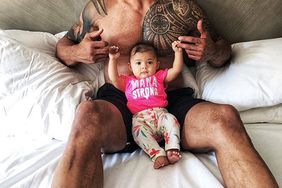 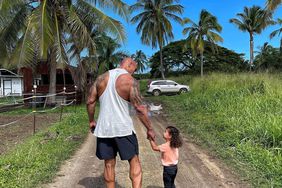