Dumbo is getting the live-action treatment in Tim Burton's new movie, set to release on March 29, 2019

Get ready for a new and brighter Dumbo.

The flying baby elephant at the heart of the 1941 Disney classic is getting the live-action treatment in Tim Burton’s new movie, set to release on March 29, 2019. The new version stars Colin Farrell, Danny DeVito and Michael Keaton, as well as Nico Parker — Thandie Newton’s lookalike 13-year-old daughter.

“Walking on set was jaw dropping,” Farrell tells PEOPLE of the new film. “Tim’s vision for this world and his honoring of not only the purity, but the true strength and resilience of children was like nothing I have been a part of in film before.”

DeVito echoes Farrell’s thoughts, admitting that he was happy to see Burton take helm of the story. The actor has worked with Burton on two films before and jokingly calls Dumbo the end of the “circus trilogy” between the two. DeVito previously played the Penguin in Batman Returns and ringmaster Amos Calloway in Big Fish.

“I was so excited when I found out that Tim was gonna do it,” DeVito tells PEOPLE. “He captured the charm of the original that we loved and he kept all the values of the story, and what happens when you’re born different. It’s always been perfect for me that movie, with Mrs. Jumbo and Dumbo and the resolve at the end. And I didn’t know what to expect when I read the script — it’s so embracing all those things, but it’s taking it a step farther in the aspect of freedom.”

Burton says he felt a connection to the story before signing on and was marveled by how the new script kept the heart of the original.

“It was always one of my favorite Disney stories and one I had fond memories of,” he admits. “It’s a very sweet story, and also very simple and primal — I think that’s why people like it so much. It’s about an outsider, someone who is misperceived, and I’ve always been drawn to stories like that.”

As for the story, the new Dumbo follows a family circus that sticks together after Farrell’s character comes back from war to raise his kids following his wife’s death. He then juggles taking care of his two kids while also dealing with the grief of losing his wife. DeVito plays the ringleader of the bunch.

“He meets Dumbo and becomes his trainer and his default father, as Dumbo becomes family — and something of a teacher — to he and his children,” Farrell says of the new story. “I think the story of friendship and family will come through in a way that wasn’t humanized in the original, and I hope we honor the original by keeping the theme of believing in yourself and your uniqueness at the center of our tale.” 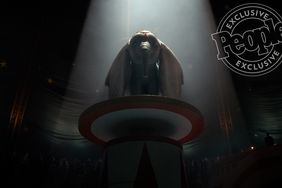 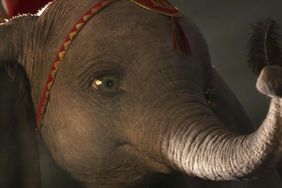 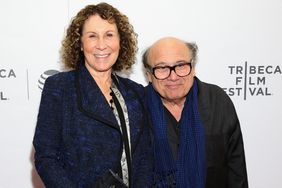