Drew Barrymore, Justin Long Back Together – for Movie

Friendly exes Drew Barrymore and Justin Long – who after a year as a couple split in July but were seen slow-dancing together in January – will soon have another chance to rekindle old flames when they shoot what Variety calls an “observational comedy,” titled Going the Distance.

They’ll play a couple threatened by the obstacles posed by their long-distance relationship, reports the trade paper. Barrymore, 34, and Long, 30, previously costarred together in this year’s ensemble comedy He’s Just Not That Into You, which made $145 million internationally. Its filming also helped nurture the Barrymore-Long relationship.

Despite their breakup, Barrymore insisted, “I love happy endings and believe in them most of the time,” while, two months ago, Long told Ellen DeGeneres about his former girlfriend, “She’s effortlessly charming and easy to be around.” To be continued?
– Stephen M. Silverman

RELATED GALLERY:
• Justin & Drew take their PDA on the road
RELATED ARTICLE:
• Drew spills on staying friendly with her exes 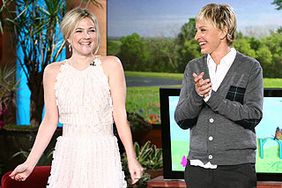 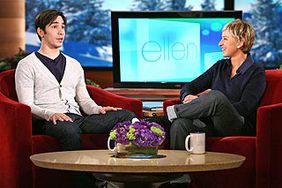