Dora the Explorer Is Hitting the Big Screen! Everything to Know About the Live-Action Movie

Dora the Explorer will take on high school when the beloved character hits the big screen on Aug. 2

Dora the Explorer, the bilingual Nickelodeon animated show that ran for 14 years after first premiering in 2000, is getting a live-action movie set to hit theaters Aug. 2.

Titled Dora and the Lost City of Gold, the adaptation will take the beloved adventurer through the rough-and-tumbles of adolescent crushes and familial relationships — all while solving the mystery of a lost Inca civilization.

17-year-old actress Isabela Moner will star as Dora, and will navigate the big-screen alongside familiar faces like Boots, voiced by Danny Trejo, and Diego, played by Jeffrey Wahlberg, 22.

A poster for the movie offers a first look at Dora and Boots, her trusty pet monkey and sidekick. The two gaze out onto a golden city, with Dora determinately holding her hands on her hips.

Wahlberg, whose uncles are the famous Mark and Donnie, takes on the role after Micke Moreno left production shortly after the movie started filming in Australia’s Gold Coast.

Also in the film is Eugenio Derbez, one of Mexico’s biggest stars who joins the newly-minted teens as Alejandro, a mysterious jungle inhabitant trying to protect Dora and her friends.

A second poster offers a first look at Dora with her friends, including Derbez looking confused in the corner.

A trailer will debut at the Kid’s Choice Awards on Sunday with Moner, Derbez and Peña presenting it.

The adaptation follows 14 seasons and 172 episodes from 2000 to 2014. The show was a hit among families as Dora taught kids key words in Spanish while going on adventures that often taught moral lessons. 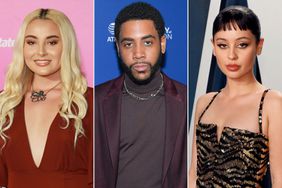