Disney's Live-Action Beauty and the Beast Ranks Top Movie in U.S. Thanks to Drive-In Theaters

Beauty and the Beast is continuing to dominate the movie charts three years after the live-action film first hit theaters.

The popular Disney adaptation, which was first released on March 17, 2017, ranked the top movie in the United States over the weekend, making an estimated $467,000 at 527 locations, according to Deadline.

As the nation continues to grapple with the coronavirus pandemic and movie theaters remain closed, the film's ticket sales are mainly coming from drive-in theaters.

According to Deadline, this past weekend marked 18 weeks since AMC, Regal, and Cinemark closed their doors due to the pandemic.

Disney's Beauty and the Beast remains the biggest movie released in 2017, with more than $1.26 billion in global ticket sales. It ranked No. 1 in its first weekend and opened to $174.7 million, Deadline reported.

On Tuesday, Luke Evans, who played Gaston in the Disney film, shared his reaction to seeing Beauty and the Beast lead the movie charts again three years later.

"Its a fantastic feeling to be part of such a well loved movie," he wrote. "Beauty and the Beast is number one again, 174 weeks after it was first released world wide. 💥 🙏🏼"

Tenet, Christopher Nolan’s highly-anticipated film, was expected to be a hit this weekend, however, its theatrical release has been pushed back indefinitely due to the pandemic.

The film, starring Robert Pattinson and John David Washington, was originally scheduled for release on July 17 but was pushed back twice to dates in August. As of now, Warner Bros. told Variety in a statement the film will be postponed indefinitely.

New York City has entered phase four of reopening with zoos welcoming guests back starting on July 24, although indoor exhibits remain closed, according to ABC 7 NY.

The news outlet reported that movie theaters, museums and malls will have to postpone their own reopenings. 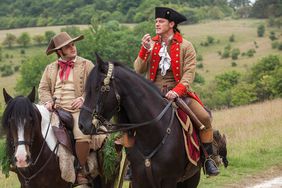 Beauty and the Beast Spinoff About Gaston and Le Fou Gets a Title: The Little Town

Jurassic Park Becomes No. 1 Film in U.S. Nearly 30 Years After Release Thanks to Drive-Ins 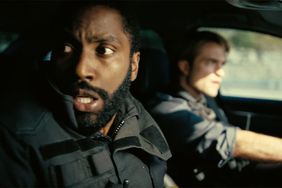 Christopher Nolan's Tenet to Open Internationally Before U.S. Debut Due to Coronavirus Closures 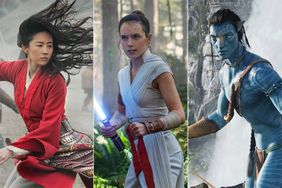 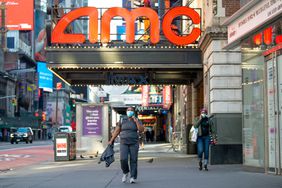 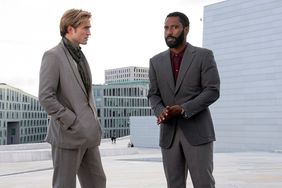