The iconic animator worked on Snow White and the Seven Dwarfs, Pinocchio, Dumbo, Sleeping Beauty, Mary Poppins, The Rescuers, and more with The Walt Disney Company

Ruthie Tompson, a legendary Disney animator who worked on some of the company's most iconic animated films, has died. She was 111.

On Oct. 10, Tompson died "peacefully in her sleep" at the Motion Picture & Television Fund's Country House and Hospital in Woodland Hills, California, according to a statement from The Walt Disney Company.

The iconic animator worked for the entertainment media company for nearly 40 years, aiding in the production of numerous projects, including but not limited to, 1937's Snow White and the Seven Dwarfs, 1940's Pinocchio, 1941's Dumbo, 1959's Sleeping Beauty and 1964's Mary Poppins.

Tompson is now survived by two nieces, Judy Weiss and Calista Tonelli, and a nephew, Pierce Butler III, per Disney. Donations can be made in Tompson's name to the Motion Picture & Television Fund.

Born in Portland, Maine, on July 22, 1910, Tompson was raised in Boston, Massachusetts, before she and her family relocated to California years later in 1918. According to Disney's statement, Tompson obtained a job at one point at Dubrock's Riding Academy, where Walt Disney and his brother Roy would play polo.

After getting to know one another, Walt eventually offered Tompson a job as a painter in The Walt Disney Company's Ink & Paint Department, where she put final touches on Snow White and the Seven Dwarfs — the studio's first full-length animated film. "We worked into the night, day after day, until we got it exactly right," Tompson previously said of the project.

Tompson was later promoted to final checker for the company, where she would review animation cels before they were photographed onto film, before she was transferred to animation checking and scene planning. Tompson's skills behind the scenes prompted her to be invited to join the International Photographers Union, Local 659 of the IATSE, Disney said.

The skilled animator would later retire from The Walt Disney Company after she worked on just about every animated feature for the company up through The Rescuers. Though she would go on to work for other studios for another ten years, Tompson once said, "It is always my Disney experience that is filled with truly unforgettable memories."

In a social media statement, former Disney CEO Bob Iger paid tribute to the late animator sharing a photograph of the two.

"RIP Ruthie Thompson...a true animation legend. Her contributions to Disney—from Snow White to The Rescuers—remain beloved classics to this day," he wrote alongside the post. "While we will miss her smile & wonderful sense of humor, her exceptional work & pioneering spirit will forever inspire us." 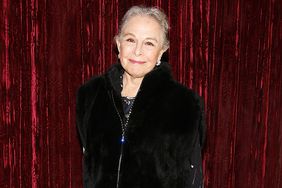