Diane Keaton stars as retiree Martha, who organizes a cheerleading squad at her retirement home

What could be better than Diane Keaton cheering you on?

In the first trailer for her upcoming comedy Poms, the 73-year-old Oscar-winning actress stars as Martha, a woman who moves into a retirement community where she declares to the community’s manager she’s just waiting “to die.”

Cut to fellow resident Sheryl (Jacki Weaver) finding an old cheer jacket of Martha’s, and the discovery that she used to be a cheerleader. After some encouragement from Sheryl, Martha decides to embrace her retirement years and organizes a cheerleading club for her fellow residents.

A series of hilarious tryouts follow, that bring to mind Bring It On. The new squad, including Weaver, Pam Grier, Rhea Perlman, decides to enter a competition and hire a young cheerleader (Alisha Boe) to train and choreograph for them.

The film also stars Celia Weston, and was directed by Zara Hayes, who told PEOPLE getting the star-studded group of women together was due in part to “a bit of magic” anchored by Keaton.

“Because everybody wants to work with Diane Keaton,” she said.

Hayes added: “It’s like a masterclass in acting to work with any one of them, but to have the whole group of them together at any one time, a lot of the scenes are all the women together, and they just had a blast.”

Poms is in theaters May 10. 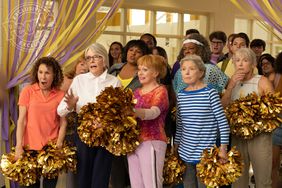 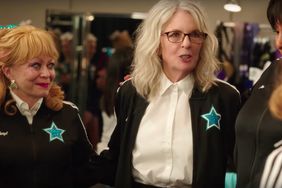 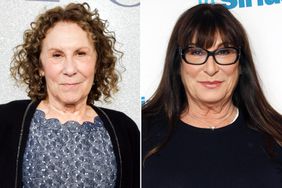 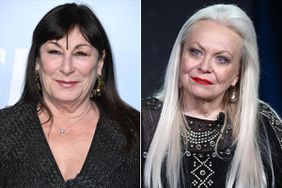