The first trailer for the film was released Thursday and shows the Slumdog Millionaire actor trekking out on a perilous journey, with danger awaiting him at every corner.

Based on the Arthurian legend poem of Sir Gawain and the Green Knight, the film follows Gawain (Patel), King Arthur’s nephew, who embarks on a quest to confront the Green Knight and prove his place at his Uncle’s roundtable.

The film is directed by David Lowery (Disney’s live-action Pete’s Dragon) and stars Sean Harris as King Arthur and Ralph Ineson as the Green Knight, with Joel Edgerton and Alicia Vikander set to star as well.

The teaser trailer for the film opens up with Patel draped in a gold cloak as the sentence, “In a time when honor was everything, when courage made kings” flashes in red lettering on the screen.

As a crown slowly makes its way down to Patel’s head, it suddenly bursts into flames upon coming in contact with him.

Harris’ King Arthur then tells Patel’s Gawain, “Tell me a tale of yourself, so that I might know thee.” Patel’s character responds that he has “none to tell” before Kate Dickie’s Queen tells him, “Yet. You have none to tell yet.”

As more scenes from the film play across the screen, Patel’s Gawain states, “I fear I’m not meant for greatness,” to which a mysterious voice responds, “We all fear … but fear can be a gift.”

More mysterious shots from the film quickly play before the titular Green Knight appears on screen.

A24 previously teamed with Lowery on 2017’s A Ghost Story, making this their second collaboration together.

Patel most recently starred in Amazon Video’s web series Modern Love, based on the weekly column published by The New York Times.

The Green Knight hits theaters later this year on May 29. 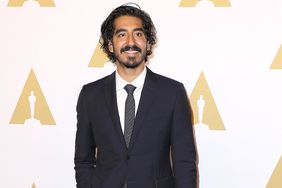 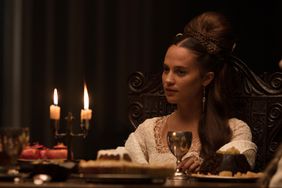 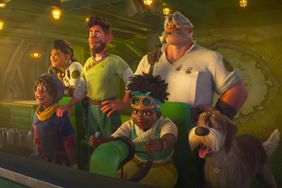