After two men died after a Sept. 2015 plane crash on the set of Tom Cruise's American Made, new lawsuits raise questions over who is to blame

After two men died and one was left with physical complications following a September 2015 plane crash on the set of Tom Cruise‘s American Made, new lawsuits are raising questions over who is to blame.

Three of the pilots hired for the movie were involved in a plane crash during filming when their twin-engine Piper Smith Aerostar 600 went down in the mountains. Alan Purwin and Carlos Berl died on the scene, while Jimmy Lee Garland was left without feeling in the lower half of his body.

Purwin and Berl’s families are both suing the producers of the film — Imagine Entertainment, Vendian Entertainment and Cross Creek Pictures — for wrongful death and damages, according to court documents obtained by PEOPLE. They allege that the production companies ignored safety procedures before the flight in order to save time and money. The families are also suing each other, with Berl’s family filing a suit against Garland, the only survivor.

There is uncertainty as to who was actually flying the small aircraft. Berl’s family’s suit names Garland, the survivor, as the pilot — a claim Garland denies to The Hollywood Reporter, saying he was there “as a mechanic.” The Purwin family suit, meanwhile, says Purwin was just a passenger on the flight. Garland, however, has no memory of the crash and can’t recall either way.

The movie, out Sept. 29, was shot on location in Colombia and tells the story of Barry Seal, the real-life American pilot who smuggled drugs for Pablo Escobar and his cartel.

The Berl family suit alleges that the flight was “rushed” in order to save money because the movie was “behind schedule.” Furthermore, the suit alleges that the terrain over which the plane flew was “unsuitably difficult for such an instructional” flight, especially considering it was allegedly rushed, unscheduled and had “limited flight data and weather instrumentation” onboard the aircraft. The lawyer representing Berl’s family said they hope their lawsuit establishes stricter regulations on safety.

“The impact of the loss of their father and only real parent simply cannot be overstated,” attorney Jeff Korek told THR. “We hope to put a dent in the pocketbook of the motion picture industry. We want the industry to understand and practice one concept, which the Berl family would expect to be put ahead of all other considerations in the making of a film, namely, safety before profits at all times.”

Universal, the movie distributor, had no comment on the allegations in the article when reached by PEOPLE. 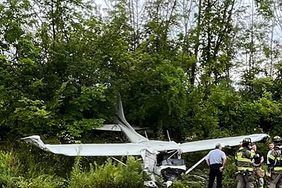 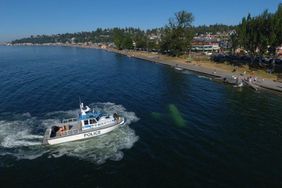