Cynthia Nixon revealed in 2018 that her son Samuel is transgender

Cynthia Nixon is speaking out against J.K. Rowling's recent controversial comments that have been widely condemned as transphobic.

Speaking to The Independent in a new interview, the Sex and the City actress, 54, said that the Harry Potter author's comments were "painful" for Nixon's transgender son Samuel.

"It was really painful for him because so much of his childhood was tied up with Harry Potter, " Nixon said.

"We’re a Harry Potter family," she added. "The books seem to be about championing people who are different, so for her to select this one group of people who are obviously different and sort of deny their existence, it’s just… it’s really baffling. I know she feels like she’s standing up for feminism, but I don’t get it.”

Nixon publicly revealed that her son Samuel — or Seph as he likes to be called — is transgender on Trans Day of Action on June 22, 2018.

"I’m so proud of my son Samuel Joseph Mozes (called Seph) who graduated college this month. I salute him and everyone else marking today’s #TransDayofAction. #TDOA,” she wrote on Instagram.

Rowling, 55, has come under fire in the past months after she appeared to mock an article titled “Opinion: Creating a more equal post-COVID-19 world for people who menstruate.”

“‘People who menstruate.’ I’m sure there used to be a word for those people. Someone help me out. Wumben? Wimpund? Woomud?“ Rowling wrote in June.

After Rowling received backlash for her comments, she released a controversial essay days later about her views on gender, which was also deemed as being transphobic.

"I refuse to bow down to a movement that I believe is doing demonstrable harm in seeking to erode ‘woman’ as a political and biological class and offering cover to predators like few before it," she wrote.

Stating that she's a survivor of sexual assault and domestic abuse, she added, "So I want trans women to be safe. At the same time, I do not want to make natal girls and women less safe. When you throw open the doors of bathrooms and changing rooms to any man who believes or feels he’s a woman...then you open the door to any and all men who wish to come inside."

GLAAD President and CEO Sarah Kate Ellis quickly responded to the piece, calling it a "misinformed and dangerous missive about transgender people" that "flies in the face of medical and psychological experts and devalues trans people accounts of their own lives."

Radcliffe, 31, stated definitively in a short essay for The Trevor Project that "transgender women are women."

"Any statement to the contrary erases the identity and dignity of transgender people and goes against all advice given by professional health care associations who have far more expertise on this subject matter than either Jo or I," Radcliffe wrote. 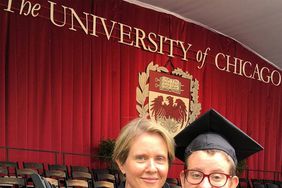 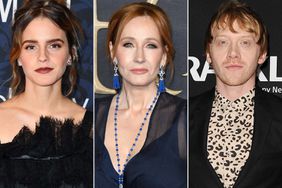