Cuba Gooding Jr. turned himself in to NYPD a second time following a new accusation of sexual misconduct

Cuba Gooding Jr. is dealing with ramifications of new sexual assault allegations being made against him.

The actor, 51, turned himself in to New York City police on Tuesday morning on a new charge, his attorney Mark J. Heller confirmed in a video obtained by TMZ. Gooding’s booking took place ahead of his scheduled arraignment this morning.

Heller did not immediately respond to PEOPLE’s request for comment.

The new charge Gooding faces has not been released by prosecutors. Fox News correspondent Bryan Llenas tweeted Gooding had pleaded not guilty on Tuesday to sexual misconduct charges against two women.

The news comes a day after a source told PEOPLE the Oscar-winner was accused by three new women of sexual misconduct.

Heller told PEOPLE in a statement the claims by the three women are not “credible.”

“Reportedly, there have been three additional ladies claiming sexual misconduct on Cuba’s part, one going as far back as 2008. None of those is credible,” Heller said. “They certainly won’t be incorporated into the indictment for which we’ll appear in court tomorrow.”

He added, “There is no proof of any criminal conduct on Cuba’s part.”

Sergeant Jessica McRorie, a spokeswoman for the NYPD Deputy Commissioner, told PEOPLE in a statement, “The NYPD takes sexual assault and rape cases extremely seriously, and urges anyone who has been a victim to file a police report so we can perform a comprehensive investigation, and offer support and services to survivors.”

NYPD Chief of Detectives Dermot Shea added in his own statement, “As it has been reported for some time, several sexual assault complaints that have been worked on by our Special Victims Division under Chief Harrison. A lot of good work. There are active criminal investigations that are right now being prosecuted,” although it was unclear if he was speaking solely of accusations against Gooding.

The actor is currently facing trial for allegedly groping a woman at a New York City rooftop bar. Gooding appeared in court last week alongside his lawyers.

He was charged with two misdemeanors: forcible touching and sexual abuse in the third degree. He has pled not guilty to both charges.

Gooding turned himself in to the New York Police Department in June and was later released on his own recognizance. 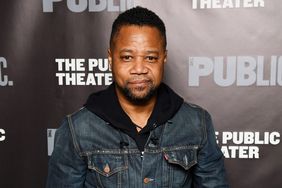