Could Glenn Close and Lady Gaga Tie for the Best Actress Oscar?

Are Glenn Close and Lady Gaga destined to tie for Best Actress at the Oscars?

Ever since the two leading ladies both won the same award at the Critics’ Choice Awards, they’re back going head-to-head for the golden statue on February 24 now that they’ve both been nominated.

Close, 71, is a contender for her role in The Wife, in which she plays the spouse of an esteemed writer who reflects back on their marriage on the eve of his Nobel Prize in Literature. In her Golden Globes speech, the actress said “it took 14 years to make this film,” an exceptionally long time to see a film through development hell.

Meanwhile, Lady Gaga, 32, has established herself with a tour de force performance in Bradley Cooper’s directorial debut, A Star Is Born, as Ally, a struggling musician looking for success and love. While the singer lost to Close at the Golden Globes for the best actress prize, she did win the award for best original song.

With these accomplishments behind them, could the two actresses both take home the Oscar? It wouldn’t be the first time.

The most memorable tie in Oscars history occurred in 1969 when both Katharine Hepburn and Barbra Streisand took home the award for Best Actress.

Ingrid Bergman presented the award at the time, shocking the audience when she said, “It’s a tie. The winners are Katharine Hepburn in Lion in the Winter and Barbra Streisand in Funny Girl.”

Other ties have occurred, with the most recent being in 2013 for Best Sound Editing. In 1995, the tie occurred in the category of Best Short Film; in 1987 and in 1950 it was for Best Documentary; and in 1935 for Best Actor which was won by Dr. Jekyll and Mr. Hyde‘s Fredric March and The Champ‘s Wallace Beery.

Close and Gaga could tie for Best Actress, although it would be highly unlikely as both stars would need the exact same number of votes, and far more people vote for the Oscars than for critics’ awards.

Whether both take home the statue or only one walks away with it, it’s safe to say there would be no hard feelings between the two actresses if their response at the Critics’ Choice Awards was anything to go by.

Lady Gaga added, “I’m so very happy that you won this evening. This is a tremendous honor.” 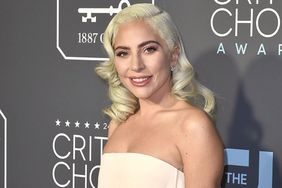 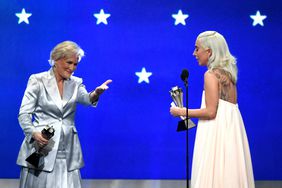 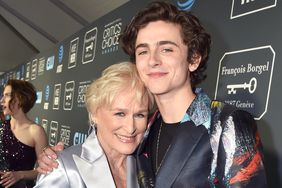 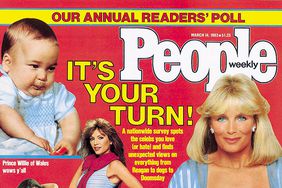