Financebuzz is looking for a "horror movie heart rate analyst"

One company is asking a brave cinephile to watch "13 of the scariest movies ever made" this Halloween in order to determine if a film's budget impacts its fear factor.

Financebuzz, a financial independence website, is searching for someone to be a "horror movie heart rate analyst." The gig, which pays $1,300, requires the analyst to wear a FitBit to monitor their heart rate while watching 13 horror movies, from blockbusters to indie projects.

"You'll help us discover whether or not a movie's budget impacts just how dread-inducing it can be," the company wrote in a release. The analyst will also "rank the movies based on [their] prediction of the size of their production budgets," Financebuzz added.

The list of spooky films is as follows: Saw, Amityville Horror, A Quiet Place, A Quiet Place Part 2, Candyman, Insidious, The Blair Witch Project, Sinister, Get Out, The Purge, Halloween (2018), Paranormal Activity and Annabelle.

Financebuzz will require their analyst to watch all the movies between Oct. 9 and Oct. 18, during which they'll be asked to record their heart rate while viewing each film.

"For a movie to make your hair stand on end and send shivers crawling up your spine, it's not all about high-end special effects and CGI scares. More often than not, horror movies are scary because of their story … not the budget of the production studio," Financebuzz stated.

Pointing out that "some of the most spectacular slasher films and terrifying thrillers were made with chump change compared to superhero sequels and well-known franchises," the company mentioned Paranormal Activity specifically, which was made for just $15,000 in 2007 but grossed over $193 million at the box office that year.

Companies Will Pay One Person $1,000 to Binge 24 Hours of Scary Movies for Halloween: How To Enter

Financebuzz will provide their analyst with a FitBit, plus the $1,300 payment and a $50 gift card to cover movie rental costs. To apply, potential applicants can head to the Financebuzz website, where they'll be asked to fill out an application by Sept. 26. Financebuzz is looking for U.S.-based applicants who are at least 18 years of age.

The analyst will be chosen by Oct. 1, but if you don't get the job, another company is offering a similar scary movie marathon job this fall. Dish Network is looking for a fearless film buff to watch 13 movies based on Stephen King novels, and will also pay their lucky participant $1,300. 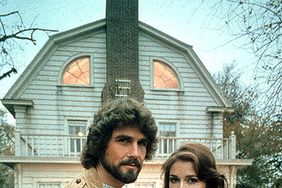 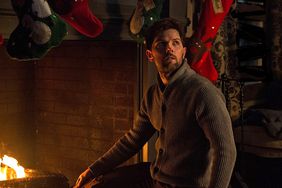