We all know Colin Firth is a certifiable silver fox, but we went ahead and compiled some of our favorite throwbacks. You know ... for research!

We present to you: 20-something-year-old Colin Firth.

Firth's first major acting credit was in a film called Another Country (1994), and we've truly never seen suspenders look so good on someone.

Firth's hair has always been great, but here it's particularly luscious.

That gorgeous hair and brooding expression showed up again in Camille in 1984.

In 1985 he starred as Neil Truelove in Dutch Girls, which is funny because we're convinced he's our true love.

What can we say? The man looks good in a turtleneck. Here he is in Lost Empire, a miniseries based on the novel of the same name.

He basically invented slinging a jacket lazily over his shoulder.

Talk about an officer and a gentleman, am I right? Here's Firth in 1989, playing the titular role in Valmont.

Told you he loves a turtleneck. Here's Firth looking dashing at the premiere of Valmont in 1989.

Firth stole all of our hearts as Mr. Darcy in the classic Pride & Prejudice in 1995.

Never forget the scene where Darcy goes swimming (in an all-white ensemble), which gifted us with this photo.

There's that brooding, stoic demeanor that we all know and love!

No, we love you most ardently, Colin Firth.

We'll root for whatever team Firth tells us to! This pic of his floppy-haired, soccer — erm, we mean football — obsessed character in 1997's Fever Pitch is making us seriously nostalgic.

Though not exactly the most likeable character in The English Patient, Firth at least managed to look good in a tux.

When he's not playing the bad guy or looking terribly depressed in the corner, Firth's got a lovely smile.

He returned to the role of Mr. Darcy (albeit, in a modernized version of Pride & Prejudice) when he starred alongside Renée Zellweger in Bridget Jones's Diary.

There will be no ugly Christmas sweater slander here!

Or Christmas tie slander either, for that matter! The man is festive!

Who could forget the scene in What a Girl Wants where Firth danced around to "Rock and Roll, Hoochie Koo" in leather pants? 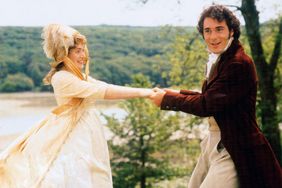 On the 200th Anniversary of Jane Austen's Death: 'Pride and Prejudice' , 'Clueless' & More On-Screen Adaptations You Should Watch

My Life in Pictures: Colin Firth 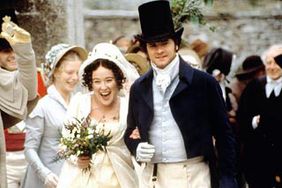 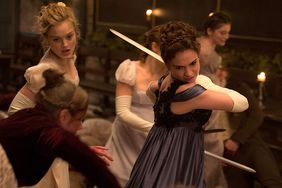 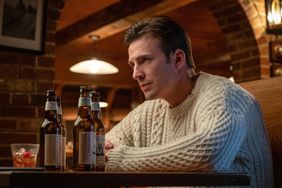 The 22 Most Influential and Iconic Sweaters in Film and TV 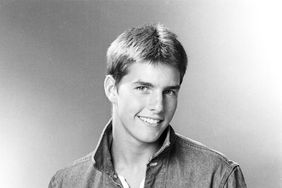 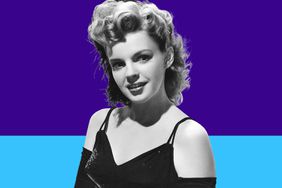