How Did 'Cinderella' 's Lily James Really Get That Tiny Waist?

Lily James is silencing rumors that her teensy waist in Disney’s Cinderella was digitally altered.

The 25-year-old actress has faced scrutiny from fans on social media over how slender her waistline appears in promotional material for the new live-action remake. But James has spoken out, denying that any Photoshop magic distorted her figure.

“In the blue dress, it was designed so that it was really pulled in at the waist. But also, the fact that the skirt’s so big, it’s almost an illusion,” James said at a press event. “It looks way smaller than it is.”

And that’s how the Cinderella ball gown was intended to look, according to costume designer Sandy Powell.

“It’s exaggerated by the proportion of the dress,” Powell told PEOPLE of the actress’s midsection. “The diameter of the skirt is so enormous, and it’s also broader at the shoulders. That’s drawing your eye right to that tiny waist.”

James, who has previously spoken out about the importance of promoting a healthy body image, called the extensive speculation “so negative.”

“I think it’s all very hypocritical, and they contradict themselves, and they’re drawing more attention to it,” she said of her critics in an interview with the L.A. Times on Monday.

She may not have been a victim of airbrushing, but James revealed that the appearance of her whittled waist did involve a tricky and constricting corset that lined the Cinderella gown.

“It was tight whilst filming,” James said. “At lunchtime, I would untie it so I could eat, but during the day, I had soup and stuff so it would go down. I would burp in [Richard Madden]’s face like all day!” 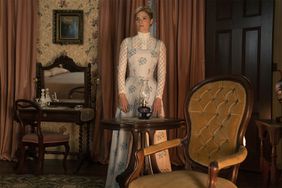 Louisa Jacobson Says 'Gilded Age' Corset Was so Tight It Hurt Her Ribs: 'Couldn't Sleep on My Side' 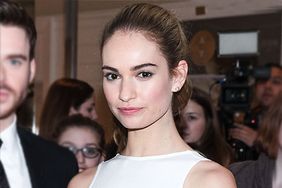 Lily James Stuck to a Liquid Diet for Her 'Cinderella' Corset 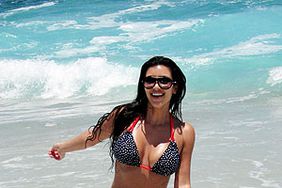