Last year, the comedian announced that he would revive the Saw horror franchise with an "intense and twisted" spin

Chris Rock is leaving the laughs behind as he enters the Saw world.

The comedian stars as Detective Ezekiel Banks in the upcoming film Spiral, the ninth film in the Saw horror franchise. The teaser trailer opens with Banks and his new partner, Detective William (The Handmaid’s Tale‘s Max Minghella) driving around in their police car before being called to the scene of a crime.

Soon, Banks finds himself investigating a series of mysterious and gruesome murders, helped by William and the character of Marcus, who is portrayed by Samuel L. Jackson.

“Whoever did this has another motive,” one unseen character says during the trailer. “They’re targeting cops.”

A red spiral symbol is also painted near the scene of each murder — the mark of the Saw franchise’s iconic villain Jigsaw. The trailer also shows a brief glimpse at one of the new “death traps” fans have come to know from the Saw movies.

Last year, Rock, 54, announced that he would revive the franchise with an “intense and twisted” spin.

“I’ve been a fan of Saw since the first film in 2004. I am excited by the opportunity to take this to a really intense and twisted new place,” the comedian said in a statement at the time, IndieWire reported.

Chris Rock Wants to Hear About Your ‘One Black Friend’: Actor Reaches Out to Fans with New Project

The last Saw movie, titled Jigsaw, came out in 2017 and was the eighth movie in the iconic franchise that started in 2004. The previous Saw movies came out every year between 2004 and 2010, with the 2017 outing sparking it up again.

Rock serves as an executive producer on the new film, while franchise director Darren Lynn Bousman returned to the director’s chair. 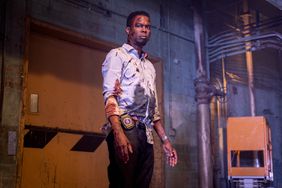 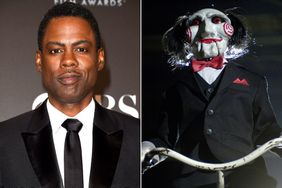