Chris Pratt is sharing the key for having a successful marriage with wife Katherine Schwarzenegger.

On Wednesday, while chatting with Entertainment Tonight during the Los Angeles premiere of his latest film, The Tomorrow War, the 42-year-old actor gave a few of his relationship tips for keeping a marriage strong.

"Communicate. Listen, listen to your partner with intention. Care about each other's feelings and support one another and just listen," Pratt told the outlet.

Pratt and Schwarzenegger, 31, celebrated their 2-year wedding anniversary last month, after tying the knot in Montecito, California on June 8, 2019. The two shared sweet photos of each other for the milestone, including Pratt posting quirky snaps of his wife on various occasions. Pratt closed out his sweet caption with a funny message, jokingly writing, "Here's to at least 2 - 3 more years."

Pratt celebrated his anniversary by getting his wife diamonds and treating her to some In-N-Out Burgers — an idea that came about during a recent family road trip.

The actor also told ET that he was "very blessed" to have spent a lot of time with Scharzenegger while filming The Tomorrow War because as an author, she could do her work on the road, adding that "she takes such good care of me."

In the film — hitting Amazon Prime Video on Friday — Pratt plays Dan, a high school teacher who is recruited by a group of elite time travelers to go 30 years into the future to fight a deadly alien species and save the world — and most importantly, his daughter. Pratt said he channeled his own experiences as a father into his on-screen role.

"We focus a lot on the parent and child relationship," he told PEOPLE in June. "I think it's impossible for me to do these types of roles without diving into some of the turmoil of my own relationships in life."

Pratt and Schwarzenegger welcomed their first baby together, daughter Lyla Maria, in August 2020. Pratt also shares son Jack, 8½, with ex-wife Anna Faris, from whom he split in August 2017. For Father's Day, Schwarzenegger raved about the Jurassic World star and his role as a dad.

"Watching you as a father has been one of the greatest joys and watching you become a girl dad to Lyla Maria has melted my heart! I've fallen in love with you all over again 😍," The Gift of Forgiveness author wrote on Instagram along with a photo of Pratt rocking a "Girl Dad" t-shirt. "These kids are blessed to have you as their daddy and I'm beyond blessed to witness you as a father every day. I love you!"

Last month, Pratt told PEOPLE that he's been enjoying the "special time" with his wife and baby girl Lyla.

"She's such a little wiggle worm," he said of his daughter. "The 20 minutes before I go to work is like our special time. And we sit out on this little chair or this little couch thing on the balcony, in front of the fireplace and there's this little heater, and we have our time together. It's like kid time." 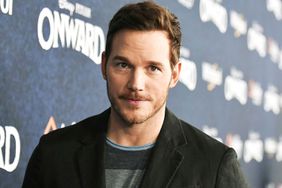 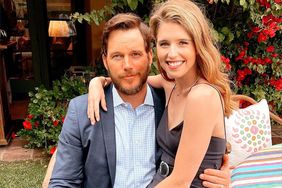 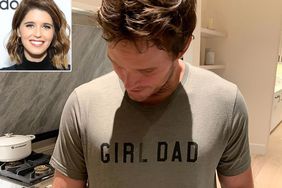