Chris Pratt is getting serious with his summer romance.

The 39-year-old actor grabbed dinner with his new girlfriend Katherine Schwarzenegger, 28, and her family on Sunday. Her brother Patrick Schwarzenegger posted a video from the meal on his Instagram story where Pratt and Katherine are seated at the end of the table.

A male voice can be heard asking Pratt if he wants any more food, which he declines before the couple starts laughing at something the person next to them did.

The family gathering came after Pratt and Katherine were spotted leaving church together earlier in the day. The two were all smiles as they said goodbye to friends before hopping in Pratt’s grey Tesla and heading out.

Patrick also posted a video of the group, including their younger brother Chris Schwarzenegger, getting ice cream after the meal. Although he briefly shows Katherine, it’s unclear if Pratt also joined them for the outing.

Pratt and Katherine, who is Arnold Schwarzenegger’s eldest child with Maria Shriver, were first spotted on a Father’s Day picnic date earlier this summer. A source later told PEOPLE that the two had been on “multiple dates.” The source also revealed that her mom was the one to set them up.

After Pratt and Katherine were spotted out a few times with his 5-year-old son Jack last week, a second source told PEOPLE that the couple was getting more serious.

“They are spending every day together and Katherine has met Jack several times,” the source says. “They seem to be getting more serious.”

This is Pratt’s first relationship following his split with Anna Faris in August 2017 after almost nine years of marriage. Faris, 41, has been seeing new boyfriend Michael Barrett since October 2017. 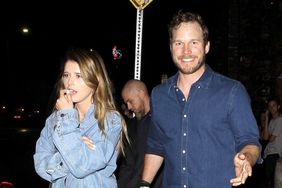 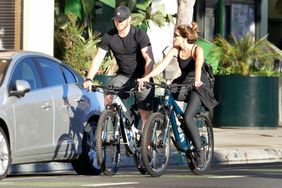