Heating Up! Chris Pine and Annabelle Wallis Soak Up the Sun and Take a Ride in His Vintage Car

Chris Pine and Annabelle Wallis are hungry in love!

Chris Pine and Annabelle Wallis are hungry in love!

The new couple stepped out on Sunday in Los Angeles where they soaked up the sun on a fast food run. Pine, 37, woke athletic shorts and an olive green tank top that showed off his toned arms for the outing. Wallis, 33, went a bit more stylish in wide white pants cinched at the waist paired with a black lace camisole.

Pine was in charge of the food they picked up while on their way back to his vintage Grand Wagoneer. The actor was even seen digging into the food as the two drove off.

Wallis and Pine seemed to confirm rumors about their relationship with a hand-holding date in London earlier this month. The pair were spotted walking down a street in central London in chic, color-coordinated outfits for a romantic midday stroll.

Speculation surrounding the couple’s relationship began three months ago, when they were spotted walking at Heathrow Airport together in late March. They later intimately sat across from each other at a dinner party in Malibu in early April where a source told PEOPLE they were “very comfortable together.”

WATCH: ‘The Mummy’ Star Annabelle Wallis On How She Almost Puked on Tom Cruise

Wallis, best known for her role in The Tudors period drama and BBC’s Peaky Blinders as well her role opposite Tom Cuise in 2017’s The Mummy, was previously linked to Coldplay lead Christ Martin, 41, from 2014 to 2016.

Pine, on the other hand, dated Icelandic model Iris Bjork Jóhannesdóttir, 27, during much of the same time before their relationship ended in early 2015. 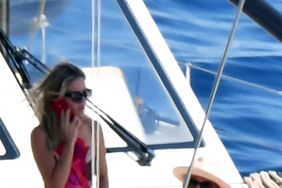 Getting Serious! Chris Pine and Annabelle Wallis Vacation in Italy with His Parents 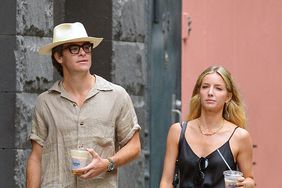 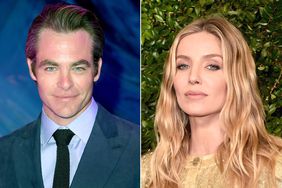 Chris Pine Is Dating 'The Mummy' Actress Annabelle Wallis — See Them Out Together! 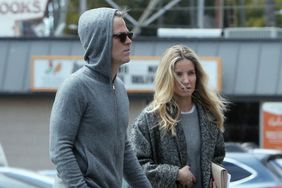 Chris Pine and Girlfriend Annabelle Wallis Stock Up While Social Distancing in L.A. 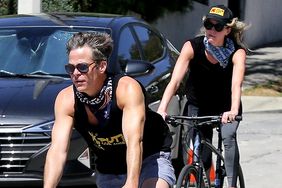 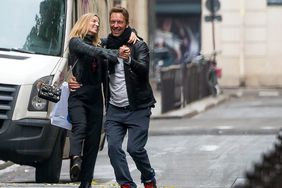 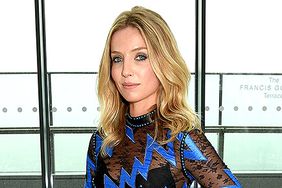 Five Things You Need to Know About Annabelle Wallis