Pataky, married to fellow actor Chris Hemsworth, documented her experience getting caught in a flood while driving Monday. The actress, 44, was trapped in her car and ended up having to escape through her window, she explained on her Instagram Story.

"I got stuck, yes. Awesome. Oh god, oh god, what am I doing?" Pataky said in one clip, according to a fan account that reposted the actress' stories.

"A bit too optimistic? I was so sure I could cross!" she captioned it, adding, "What two days of rain can do!"

As she showed the water rising around her, the Fast and Furious star remained optimistic. She teased herself in the next slide, writing “great job, Elsa.”

Then, Pataky showed her triumphant escape, climbing out of the window and wading through the water towards two of her children, who were standing on an area of the road that was not yet flooded.

"My only option... through the window!!" she captioned the video.

Despite the recent flooding, Pataky, who shares daughter India Rose, 7, and twin sons Sasha and Tristan, 5, with Hemsworth, recently opened up to Vogue Australia about why the family of five loves living in the relatively remote Byron Bay.

“My daughter started to get scared of photos, actually,” she explained of their decision to relocate from Los Angeles to Hemsworth’s native Australia. “So we realized this is not a way to live, because you just become enclosed in a house. I love nature and I love to be outside, and I wanted my kids to have that freedom, so we decided to leave.”

“My goal was always, when I have kids, to be in a place that’s not the city. I want them to grow up in nature, because I crave that,” she added. “But that step did take me away from one of my big passions in life: acting, and it was a big change. But I changed my life to be a mum, which I think is just the most amazing thing in the world.“

Though she left Hollywood, Pataky told the magazine she’s now realized her “dream“ of living close to nature with her children and Hemsworth.

“My dream was always to have a farm and horses. When we were trying to find a property, I had to have a place where I could have horses and my kids could be with them and enjoy that, too,“ she said. “I feel privileged. If life has given you great things, just enjoy it as much as you can, because you never know what’s going to happen next. So at least in those moments of having what I want, I try to make the best of it.” 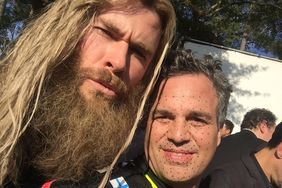 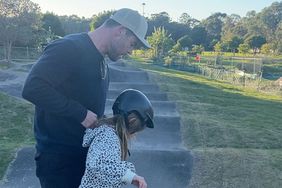