Chris Hemsworth Was So Starstruck Meeting Brad Pitt He 'Went for a Hug': 'He Was Fine With It'

Even Chris Hemsworth gets a little starstruck sometimes.

The actor recently told PEOPLE that after years of being an A-List star, he finally met one of Hollywood's biggest names: Brad Pitt.

"I met Brad Pitt actually at the Once Upon a Time... in Hollywood premiere," Hemsworth recalled.

Hemsworth was so dazzled by one of his favorite actors that he got a little awkward.

"He went to do a handshake and I went for the hug, he was fine with it," Hemsworth said. "I didn't get attacked by security team or anything. It was fantastic. He was as wonderful and pleasant as I'd hoped and imagined."

While Hemsworth didn't star in Quentin Tarantino's 2019 epic throwback film about Hollywood, many celebrities attended the premiere in Los Angeles to be some of the firsts to take the movie in. The actor was joined by his wife Elsa Pataky and his older brother Luke Hemsworth at the event.

WATCH: Chris Hemsworth Thinks Matt Damon Has Bad Luck After He Stepped on a Snake in Australia

Hemsworth recently opened up about leaving Los Angeles and heading back home to Australia after Hollywood got a bit overwhelming.

Hemsworth, 36, told The Sunday Telegraph in a recent interview that his work was starting to take over his life after starring in hit movies like Thor, The Avengers, the new Star Trek franchise and Snow White and the Hunstman.

“When you’re suffocated by the work, every conversation that you’re having and every billboard you’re seeing is to do with a movie or whatever around the industry, you lose perspective,” Hemsworth said.

So the actor and his wife — along with their kids, daughter India, 7, and 6-year-old twin boys Sasha and Tristan — moved to his native Australia to have a more low-key and normal life. The family now lives in Byron Bay, where they're often seen surfing and spending family time together.

Hemsworth currently stars in Extraction, which is now streaming on Netflix. 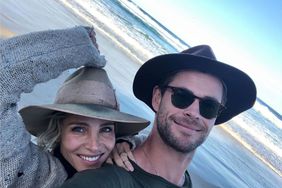 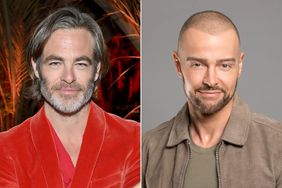 Chris Pine Says He Was Mistaken for Joey Lawrence at an Oscars Party: 'It Was a First' 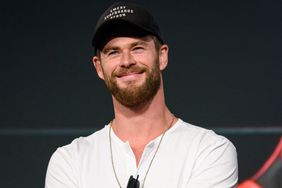 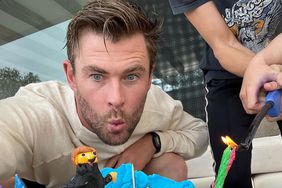