The highly-anticipated first trailer Men in Black: International is here -- and Chris Hemsworth and Tessa Thompson waste no time bringing the action

Chris Hemsworth and Tessa Thompson sure know how to pull off a suit.

The highly-anticipated first trailer Men in Black: International is here — and Hemsworth and Thompson, both 35, waste no time bringing the action.

The trailer starts with Liam Neeson‘s smooth voice giving Hemsworth some sage wisdom about the workings of the universe’s timing before it flashes to Thompson in New York City bragging about finding the MIB.

“It took me 20 years to find you. How many people can say that? You are the best kept secret in the universe and I found you, which makes me perfect for this job,” Thompson says to Emma Thompson‘s Agent O, who has one simple question.

“You really think a black suit is going to solve all your problems?” Emma asks, referring to the iconic suits first introduced by Will Smith and Tommy Lee Jones in the 1997 original.

“Um no, but it looks d— good on you,” Thompson replies.

Thompson becomes Agent M, and she’s quickly partnered with Hemsworth’s Agent H — a capable but slightly ditzy agent who brings the laughs. The two are assigned to a mission and introduce a different branch of the MIB than what fans are used to from the first three movies.

“You thought MIB started in NYC? Guess again, there’s a whole international branch. The world is bigger than you thought!! In cinemas June 2019,” Hemsworth wrote in a tweet alongside the trailer on Thursday morning.

Tessa Thompson, Chris Hemsworth Suit Up in the Desert for Men in Black Reboot: ‘Buds in Black!’

Although the first three movies take place in New York, the spinoff filmed in London before taking off to Morocco. Thompson, posted a first look at the desert setting on Instagram while filming, showing her and Hemsworth wearing the iconic black suits and sunglasses that Smith and Jones made popular from the first movies.

The movie also stars Kumail Nanjiani, Rafe Spall and Rebecca Ferguson, and is helmed by Fate of the Furious and Straight Outta Compton director F. Gary Gray. As for whether Smith and Jones will be making a comeback as Agents J and K, nothing is confirmed. But the movie at least partially takes place New York City, where the two agents are based. 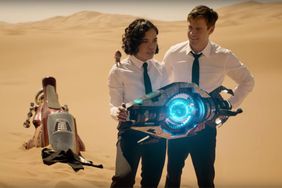 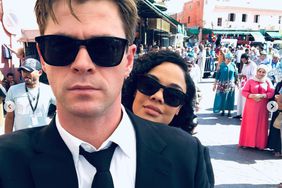 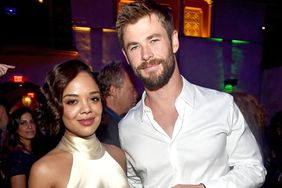 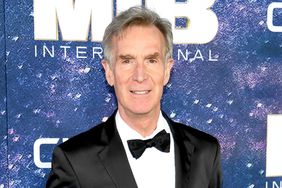 Bill Nye Believes in Aliens, Declares They 'Gotta Be Out There' at Men in Black Premiere 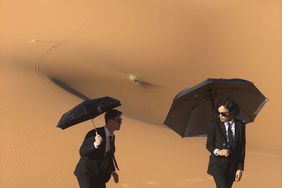 Tessa Thompson, Chris Hemsworth Suit Up in the Desert for 'Men in Black' Reboot: 'Buds in Black!' 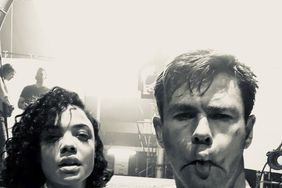