Charlize Theron is a presidential candidate falling in love with Seth Rogen, the kid she used to babysit, in Long Shot

Charlize Theron and Seth Rogen are about to fall in love in an interesting situation.

The two star in Long Shot, a political romantic comedy about a woman running for president who enlists a recently-reconnected childhood friend to help her out with campaign speeches. And the result looks hilarious.

Theron stars as Secretary of State Charlotte Fields while Rogen plays Fred Flarsky, a journalist who Charlotte used to babysit when they were young. After the two reconnect at a party, Charlotte hires Flarsky on as her speechwriter, given that he already knows her.

The movie also stars June Diane Raphael as Theron’s campaign manager and O’Shea Jackson Jr. as Rogen’s best friend, who makes the connection between them and one of the most famous romantic comedies of all time.

The trailer then shows as Charlotte and Flarsky slowly get closer, and how a near-death incident turns their relationship more romantic.

The cast also includes Alexander Skarsgård as the Prime Minister of Canada and Bob Odenkirk as the current president, who confuses Theron with an actual secretary. 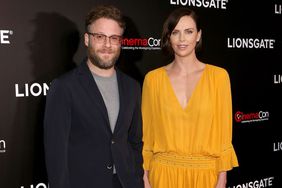 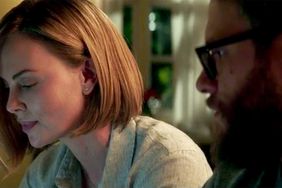 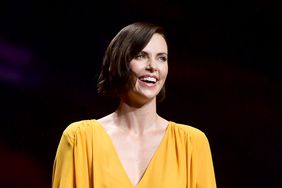 Charlize Theron, 43, Says She was Offered a Role in 'Wonder Woman' — to Play Her Mother

Charlize Theron Says She Is 'Shockingly' Single and Ready to Date: Somebody Needs to 'Step Up'