As we honor the life of late actress Margot Kidder, we're taking a look back at the other stars who took on her iconic Superman role

Although her turn as Lois Lane never made it to the small (or big) screen, Alexander did have the honor of playing Clark Kent's leading lady on the radio serial The Adventures of Superman, which aired from 1940 to 1951.

Neill became the first actress to portray the intrepid reporter reporter onscreen, playing Lane in a 15-chapter film serial in 1948 and again in Atom Man vs. Superman. The actress also starred in the 1950s TV series Adventures of Superman.

Coates starred in the first TV show adaptation of Superman from 1952 to 1953, shortly following her big film debut as Lois Lane in 1951's Superman and the Mole-Men.

Kidder began acting in the late 1960s, but rose to fame in 1978 for her role as Lois Lane in Superman: The Movie opposite Christopher Reeve. The Canadian-born actress went on to reprise the part in the movie's three sequels.

The actress, who passed away in May 2018, had always dreamed of becoming famous, she previously said in a 2002 interview while talking about her battle with depression. "When I was growing up, I wanted to be famous. But when you are famous, you are still the same person, living with the same problems."

Most recently, in April 2018, Hatcher spoke of being down for a reboot of the show, telling Entertainment Weekly: "I know I have a lot of fans that would like to see the whole show rebooted, so maybe that’ll happen. Dean [Cain, who played Clark Kent] and I both still have really warm feelings about our whole experience on the show. So who knows!"

Durance, who played the part in Smallville — about the early days of Clark Kent — told PEOPLE about her interaction with the original Lois Lane, Margot Kidder. "The first thing Margot ever said to me was, 'You really hit it out of the park kid,' referring to my performance as Lois Lane on Smallville, a compliment I cherish to this day," Durance shared.

"She's definitely the type of woman that — she doesn't think she needs to be saved, ever," Bosworth said in an interview, recalling the time she portrayed the reporter in 2006's Superman Returns. "She'll just take care of things on her own. She's very independent, very driven, very strong-willed — which can be slightly frustrating for the men in her life."

In one of her lesser known roles, Thurman played "Fake Lois Lane" during a "Super Hero Speed Dating" scene in 2013's wildly inappropriate and hilarious Movie 43.

Adams took on the iconic role in 2016's Batman v Superman — and just like the actresses before her, she knew what it meant to portray such an important character in pop culture. "Lois Lane was so outside of the world that I lived in," the actress told Parade. "This idea of living in a metropolis and being an independent woman putting herself in peril for the truth was kind of awesome. Lois was groundbreaking." 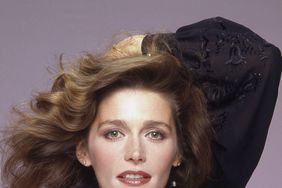